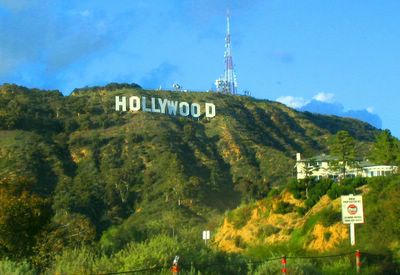 The LA issue of Truckin' features a face lift and a new look! This issue features some of the best bloggers in the greater Los Angeles area contributed stories and tales about their beloved city.

1. Let's Do Lunch by Tenzin McGrupp
We were surrounded by a gaggle of trendoids and pharmaceutically bloated ex-actress-model girlfriends of semi-famous directors who carried around eight balls in their $2,500 Marc Jacobs purses... More

2. For Sale by Joe Speaker
Two stories, four bedrooms plus the den, four baths. Too big for the three of them, but they planned to live there a long while, growing both family, possessions and equity. Of the three, they only managed the last and that was nothing but serendipity... More

3. The Pitch by factgirl
From my office I can see downtown with its chewy cloud of smog. My boss's office has the better view – the Hollywood sign. The sign is much closer than downtown, which tricks the eye into believing the air here is better. Its not... More

4. Heat by Shane Nickerson
As I glanced around the party, I couldn’t help but feel a certain sense of achievement. After all, I was on the Warner Brothers backlot at one of the hottest events in town... More

5. Paging Dominic Leare by Change 100
He hadn't showered in weeks. A poster of his Oscar-winning film hung behind his desk, itself buried within a hurricane of paper while an outdated laptop sat atop the mess, displaying a page of text... More

6. If I Was Homeless I'd Live In Los Angeles by Dan Keston
There are open air farmers markets in Los Angeles, everyday, that offer free samples of top quality meat, cheese, deserts, fruit, veggies and anything else you need to balance out your diet... More