Year of the Snake, the Lizard Queen, and Hillary Clinton the Reptilian Shapeshifter 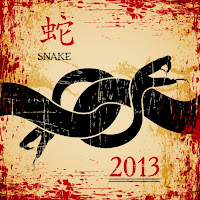 Happy Chinese New Year. Welcome to the year of the Snake. Yes, it's finally time for the reptiles to rule the Earth again.

I believe we're not alone but aliens are interdimensional beings, which is why it's nearly impossible to prove their existence. If you've ever smoked DMT or dabbled in ayahuasca then you know what I'm talking about. If you really want to have a super head trip... consider the fact we're living in a holographic universe and that we're simulations in a matrix. This isn't something that was conceived during the end of an acid trip while sitting in the parking lot of a Grateful Dead show. Several ancient religions suggest a similar simulation or illusion of reality. Native Americans and other indigenous tribes scattered over the world have tales about our current existence is just a dream. What happens when we wake up? Mortality.

When the world's top scientists start to doubt the realness of us... then you know it's time to shift the way you think about the construct of existence. Do we live in a computer simulation? I have no proof... either way. At this point, anything is a possibility.

I'm not hear to really freak you out, or encourage you to run into the woods and eat mushrooms in hope of contacting the mothership1. But let's just say that there's alien life, but not in the form we're used to seeing. Hollywood has conditioned us to think that little grey E.T.s are the ones flying around in saucers and mutilating cows and probing rednecks' anuses. My own investigation and experimentation suggests otherwise. 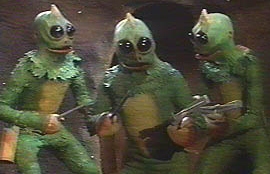 Which brings us to the year of the Snake. I spent a significant amount of time last year hanging around different fringe groups. The MSM slanders anyone with an alternative point of view as "conspiracy theorists" or wackos. Heck, I've even taken a few pot-shots at the tin-foil hat wearing crew... and believe me, most of those folks are balls-out crazy.... but it's unfair to lump everyone in there with the bad apples. The MSM likes to get up on its high horse and preach why bullying in schools is bad, yet that's what they do and they're quick to dismiss anyone that presents a diverging train of thought. After spending a significant time on the fringe of several collectives and embedding myself with conspiracy theorists, I can tell you that most of them are batshit crazy but there are some hidden gems of truth out there. Sadly, any coherent thought is dismissed.

Best example of this is someone like David Icke. His breakdown of mass media manipulation is top notch, but then he loses all validation when he starts talking about the reptilians. That's why I can take anything he says seriously.

But the reptilians are a fascinating story. Let me give you some breakdown into the legend of reptilians that come in three kinds... 1) the traditional lizard people like the Sleestacks on Land of the Lost TV show, and 2) shapeshifters who appear human in form, but use some sort of cloaking device to make them look human2, and 3) hybrids, mainly the ruling elite, who that have bloodlines to reptilians after they mated with humans.

On the surface, I think all of that reptilian stuff is a bunch of bullshit. But then again, you cannot rule anything out, after all this was a planet ruled by big reptiles for millions of years until they were all wiped out. What if a race of bi-pedal reptilians headed underground and stayed there for the last million years or more? It could make sense that the reptilians lived in Middle Earth and stayed down there. Isn't that exactly what the Land of the Lost TV show was trying to suggest? The reptilians underground is a story that has been peppered throughout folklore, fairy tales and other Hollywood incarnations.

There's several hundred theories about aliens and the origins of humankind. The Alien prequel explains that theory in Prometheus. The most common storyline is that we're an experiment after alien geneticists spliced alien DNA with ape DNA, and that dolphins were created through a genetics experiment with aliens and whales... I mean have you really looked a dolphin? They have beady black eyes and grey skin... they look like a grey alien. Anyway, maybe those reptilians were the original earthlings and that humans are "aliens" brought to Earth in slave ships to mine precious metals for our slavemasters... whomever they might be (greys from Zeta Reticuli3 or the Annunaki from Nibiru).

For a moment, I want you to think about the sleaziest motherfucker you know at work, or someone you grew up with. The words "snake in the grass" or "slithery" can be used to describe them, right? There's a scientific term that refers to the "reptilian" part of your brain. Maybe there's something to be said about reptilian blood running through our veins, or why some of us engage in reptile-like behavior. Hey reptiles are great when you're trying to hire a lawyer to help do your dirty work, right? But how many times were you fucked over, or screwed by a sleaze-bucket who acted like a fucking snake?

The first main conflict in the holy bible is centered around a snake. The devil took on a serpent form and tempted Eve to eat the forbidden fruit from the tree of knowledge. She and Adam indulged and God cast them out of the Garden of Eden. That's the cliff notes to the first-ever sin, or the Original Sin. I grew up Catholic and we were told that everyone needed to get baptized in order to wipe out the OG original sin... otherwise you won't get admission into heaven. That's some heavy shit to lay on a little kid... like talking snakes. But all of that is supposed to be true, right? According to the most extreme Christians, everything in the bible needs to be taken literal. Then what the fuck is up with the devil and the snake? 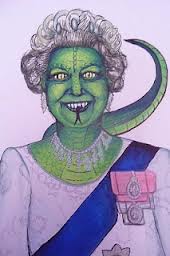 There's some hysterical Hillary Clinton reptile videos on You Tube. I mean anyone who's ever worked with her can attest to her cold-blooded ways. So maybe that's a bad example to disprove the reptilian theory. There's also an abundance of Queen Elizabeth reptile content all over the web. The Queen is a Lizard Queen who feeds off newborn babies. The placenta allows her to live to 120. I have no idea where people come up with this shit.

Regardless... it's the Year of the Snake, so be wary of reptiles in all forms... both real and imagined.


1. We're actually on a ship... it's called Earth and we're flying through space.

2. Non-reptilian shapeshifters were prevent in the X-files. You can find thousands of reptilian shapeshifter videos on You Tube, ranging from the absurd to the "what the fuck are these people smoking?" Those shapeshifters are the opposite of the reptilians described in V, in which the aliens were extra-terrestrial and used makeup and artificial skin to hide their scales.

3. There's another theory that grey aliens are humans from the future who went back in time trying to prevent the race from degenerating into little grey men.