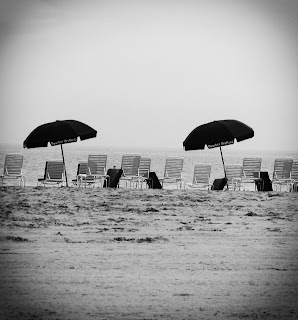 Light week. I was busy with other work and then took a couple of days off for the holiday (Nicky had off too). Most of the stuff I did was over at Coventry (traffic has been sick), but here's what you missed on Tao of Pauly...


Watch Bet Raise Fold - This documentary on the online poker book was officially released to the public. You can get an online download for only $9.99. I appear in a couple of scenes explaining random things about the poker boom.

Trey PBS Interview - PBS did a segment on Trey Anastasio. It was only a couple of minutes long, but here's the extended interview with my guitar hero.

Linklater's Sappy 'Before' Movies - I saw Richard Linklater's most recent film Before Midnight. When I was in college, I wanted to be the next Richard Linklater (at the time he had done Slackers and Dazed and Confused). These days, he's collaborating on films that feature the same two characters from two previous films.

Dazed and Confused and the Fourth of July - Speaking of Linklater, here is a clip from one of his films (set in 1976).

RIP Google Reader - I already miss my all-time favorite RSS reader. My usage of Google Reader drastically changed over the years as my interests and hobbies were constantly in flux from poker to finance to silver conspiracy theories to UFO forums to Occupy to sportsbetting to modern art to indie music.


I only wrote one thing for Ocelot Sports (@OcelotSports) this week... it's my weekly "Bronx Bums" column about the Yankees: 6/30 Report: Sinking to Fourth Place and 7/7 Report: Yanks Lose 5; Then Win 6 in a Row.

I wrote a couple of "couch tour" recaps of two Phish shows. Here's some of the content over at Coventry (@CoventryMusic)...

Monday Morning Key Bumps: Ghost-Boogie On - From last year, this was one of my favorite moments with Ghost segueing into a cover of Stevie Wonder's Boogie On Reggae Woman.

Couch Tour Review (and Setlist): 7/3/13 Bangor, Maine - I didn't attend the start to Phish's summer tour but I got to hear an audio stream while sitting on my couch. I wrote a quickie review of what went down.

Couch Tour Review (and Setlist): 7/5/13 SPAC - Phish played the first of a three-night run at SPAC. They webcast these shows and Nicky and I watched them from our couch. Way cool. Phish also played a couple of new songs.