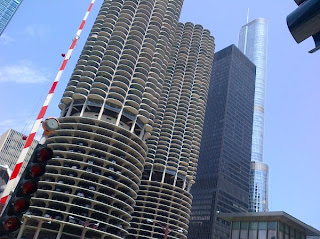 I woke up on a plane after nodding out. I was snoring. My own guttural noise woke me up. Shit, what did the other passengers think? Awww, fuck them, especially the fucking suit sitting next to me hogging the arm rest. How long was I out? Five minutes, ten minutes? Where the fuck was I?

I looked at the map. The plane icon was pointed toward west. We were somewhere over Iowa. That's when I remembered... I left Chicago and was heading out west. A quick scan of my red ticket -- bulging out of my breast pocket -- clued me in on where I was headed. San Francisco. That's right. It finally all made sense.

On New Year's Day in 2010, I stumbled into Miami International Airport while still tripping balls. We had to sprint through DFW to make our connecting flight to LAX and I knew that our luggage was going to get lost. I had not slept in two days, maybe three? But the visuals were still lingering. I got tracers every time I whizzed by a lit screen. Tendrils of random auras were everywhere. Holy shitballs, I could glimpse into people's energy fields, which was vexing in a populated place like an airport.

I stumbled into ORD early on Monday morning and my running shoes were squishy from still being wet. Most people get 6-8 hours of sleep a night. I don't think I got that much in four days in Chicago. I caught three Phish concerts outdoors and it rained every night. I had prune hands most of the weekend. I ditched half of the gear I brought because it was soaked thru. Maybe Phish are a bunch of alchemists conjuring up the rain gods? Or maybe Mother Nature hates hippies?

Airports in America are very unwelcoming places when you have to deal with the security theatre. Solemn faces. Like at a funeral. Except this represents the death of American freedom. While driving on the road somewhere in Northern California, I saw a sign that said, "Do you feel safer now that Obama is listening?"

Airports are no longer friendly places and I was utterly miserable shuffling through the caverns of ORD, stuck in the middle of a sea of suits and hundreds of overweight, over-consuming Americans on their vacation with more bags that they were technically allowed to carry.

I missed San Francisco. It had been almost a year since my last visit. I wandered the streets of the Tenderloin. I had zombie eyes and smelled like a junkie, so I fit right in. I missed the pungent aroma of urine/feces and desperation.

I was super sleepy but had to fight off the lack of sleep for a couple more hours, when Nicky picked me up. I considered crashing in the park for an hour or slow, like all the homeless wooks up in Golden Gate Park, but by the time I got there, I'd be time to leave. I opted for a Starbucks. The big-assed tea perked me up and I thought I could write a review of the concert I had seen just 12 hours earlier. Except, I had lost my notebook during a monsoon and it was soaked through. My memory was fuzzy. Due to the rain I didn't tweet much, so I did not have much to go by. I closed my laptop and considered taking a nap in the corner, but then I'd be "that guy" and you never want to be that guy.

Nicky picked me up in East Bay suburbs, somewhere past where Altamont was located. I had not seen her in four days but it might as well been four years. I fell down a rabbit hole, got soaked a couple of times, and was bombarded by more waves of flashbacks than ever before. The older I get, the more memories I have stored up in the bank. People enter/exit your life all the time. But when they disappear for a while and then re-appear, you can't stop the floodgates of memories. Old stories are swapped, but they're much more richer and juicier than anything we can reveal about ourselves today. I saw the first show with Senor and Boogie -- two friends from NYC at the turn of the century. I made a joke that we were the original hipsters living in Brooklyn before hipsters invaded Brooklyn. Consider us the first wave.

Nicky said I kept nodding out in the passenger seat. I was in horrible shape. I can't remember if I told her Chicago stories. I saw friends like Grubby, G-Money, Javier, and Benjo, and I may or may not have gave her the highlights of the weekend. We tried to listen to Phish's show in Toronto via a bootleg live stream. Technology is utterly amazing. My running shoes were still wet and all the intoxicants were flushed out of my system by then. I was running on vapors. 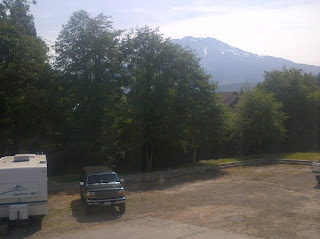 We woke up in the shadows of Mt. Shasta. I got around 8 hours of rest, or more sleep than I got over the previous four nights. An RV of UFO hunters were situated next to a family on their vacation. How do kids today willingly want to rough it outdoors without being connected to the grid? It's nearly impossible. Heck, I was in the middle of nowhere, yet trying to check email and Yankees boxscores. Nicky gassed up the car. We ate a delicious, yet inexpensive breakfast at a diner that made us feel like we stepped back in time 40 years. Who knows what parallel universe I leaped into after tumbling down the rabbit hole in Chicago.
by Pauly at 7/23/2013 11:11:00 AM