I'm expanding the podcasting empire with Shane. We both got bored with Dope Stories and decided to focus on a topic that's closer to our heart... stories about going broke. Shane has tons of broke stories and I spent most of my life as a starving artist type. It's natural that we gravitated to a new topic. My girlfriend suggested we do a show about the stories surrounding our financial difficulties... and we turned her suggestion into a reality.

Description: Shane and Pauly created a new podcast about going broke. Pauly's broke stories include shoplifting CDs in the East Village, meeting a weed dealer at a country club in Atlanta, selling his hair in Seattle, losing a $6,000 bet on a March Madness basketball game, blowing his poker winnings on Phish tour, and getting stiffed by a bookie. Shane's broke stories include winning his first prop bet inside a Bronx diner, panhandling for 25 cents to take a crosstown bus, betting/losing on tennis matches during summer camp in Maine, and taking a wrong turn along the way to a Rainbow Gathering in Montana.

This is the setlist... 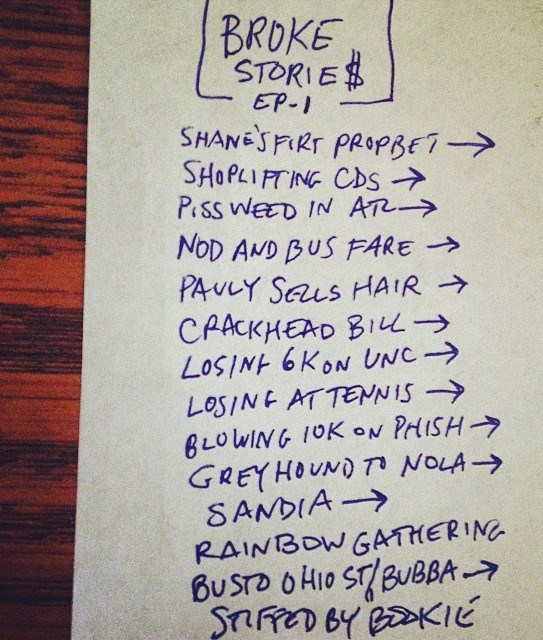