Quickie Book Reviews: Your Favorite Band Is Killing Me 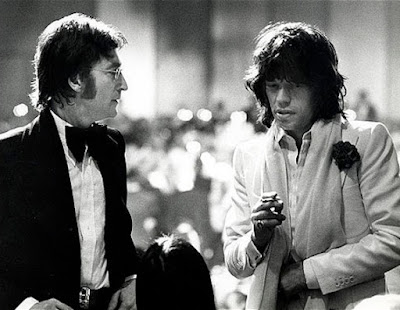 Your Favorite Band Is Killing Me: What Pop Music Rivalries Reveal About the Meaning of Life by Steven Hyden

Steven Hyden gives you a quick look at a dozen or so intense rivalries in pop music. The major one -- Beatles vs. Rolling Stone -- is included, but he barely broke the surface of the intense competition the two behemoths had in the 60s that spilled over into the 1970s. Hyden kicks off Your Favorite Band Is Killing Me with a rivalry between 90s British bands -- Oasis and Blur. It was good timing for me considering I just watched the Oasis documentary. Each chapter is essentially its own essay as Hyden touches on a different rivalry. Some of the rivalries worthy of its own chapters...

Interesting class division between Oasis/Blur and their approach to creating music. The Cobain/Vedder pissing match could be its own book. And a movie. The Black Keys/Jack White drama was worth a chuckle or more, especially the so-called email chain that revealed how deep the rivalry ran -- so deep it spilled over into selecting Nashville private schools in Nashville for their kids. The Mustaine/Metallica drunken bout references the Lars/Mustaine confrontation in the amazing documentary Some Kind of Monster. The Clapton chapter inspired me to buy his memoir. And the Waters/Floyd stuff is kind of sad, especially considering what happened to Syd Barrett. That could be its own documentary (with salty subject like in the awesome doc on The Eagles).

Your Favorite Band Is Killing Me is the first book I've read from Steve Hyden, the former music editor and writer at Grantland, so his style/tone was somewhat familiar. If you dig Chuck Klosterman's musings, then you're in the same ballpark as Hyden's nostalgia-drenched approach to music writing. The structure of this book (rivalry per chapter) consisted of 16 chapters. I skipped around and skimmed a few, but read a chapter or two at a time during the mornings at the local diner. Definitely wasted unknown time deep diving on YouTube with many of the artists that Hyden referenced.