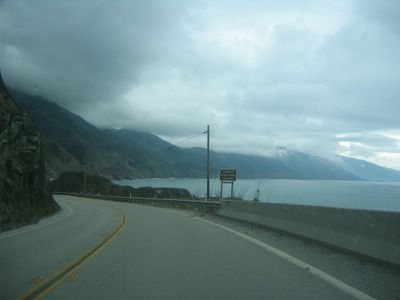 I'm back in Las Vegas after a two week stint in California. I spent last Easter Sunday in Las Vegas. That's when Grubby and I went strip club hopping and the drunkest stripper on the planet almost threw up on me. Anyway, I spent a second straight Easter in Sin City, although my day started out in LA where I watched Change100 and Showcase perform a karaoke duet. That was after we made a quick run to Nick's Coffee Shop, one of my favorite places to eat in Los Angeles.

There was an incident on my JetBlue flight from Long Beach to Las Vegas. Due to the heavy winds, we had a rough landing. On our descent into Las Vegas McCarran, the plane dropped several hundred feet in a millisecond on more than one instance. It was fun the first two times, but when it kept happening I started to get a little scared and I never get scared on airplanes. The landing was even more frightening. I felt that we were going in too fast. The winds were blowing our Airbus320 around like it was a small toy. For a second I thought our pilot was drunk because of the bumpy landing and the fat that we almost skidded off the runway. Yikes.

Grubby picked me up at the airport and I got home to Henderson in time to play in an online poker tournament. Easycure set up a charity tournament for the American Cancer Society. Not only did I play, but I took second place! It had been a while since I finished that high in a tournament. The best part was that I made the final table with my brother. We have never gotten that far together. It also felt good to know that I was helping out a worthy cause. My friend Shirley, who is a professional poker player from California, was recently diagnosed with breast cancer. She played in the tournament and we even got to sit at the same table! She's one of the mentally toughest people that I have ever met and I know she's gonna come out of this on top.

* * * * *
I drove from LA to San Francisco on Thursday. It was a spur of the moment roadtrip. Change100 and I rented a car (because I can't drive her car because it's a stick shift and I'm a New Yorker who never learned how to drive manual transmission.) The gas cost more than the actual rental. Oh well. My goal was to drive down Pacific Coast Highway and do some serious thinking. We spent Thursday night in San Francisco and I won $5 on a prop bet. I ate broccoli for $5. If you know me, you know how much I loathe veggies, especially broccoli. But $5 is $5 so I did it.

We woke up the next day and ate at Sears' Fine Food which is infamous for their "18 Swedish pancakes" special. I ate all of mine and Change100 barely ate 14. They are small silver dollar sized pancakes that are really tasty. I also ate an entire a side order of bacon and promptly called Daddy for a "dial-a-bacon." Parking on the side street near Union Square was ridiculous. It cost me $1.50 for 30 mins. And I had to run back out and feed the meter because it was a thirty-minute time limit.

The drive down the coast was nice. Change100 did all the hard parts just south of Santa Cruz where one wrong turn and you can drive several hundred feet off a cliff and into the Pacific Ocean. It was raining slightly so there was not much traffic. We listened to some good tunes and I got to clear my head and think about a lot of things especially about the direction of my writing. Driving down Pacific Coast Highway is one of the most thrilling and humbling experiences that you can undertake. You understand how immense nature is compared to man and at the same time, you gain respect for those workers who built the entire PCH. They basically made a road on and through mountains. Amazing. Plus the Pacific Ocean is just fuckin' huge. I'll post some pics later this week. 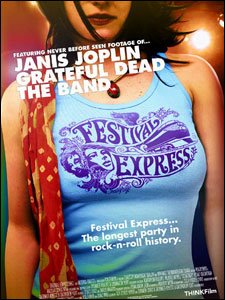 I watched a few rentals in the past week including Broken Flowers, the latest film by Jim Jarmucsh that stars Bill Murray. It's a story about a wealthy bachelor who discovers he might have a son from a relationship he had twenty years earlier. He embarks on a road trip and shows up at the homes of four random ex-lovers that include a professional closet organizer (Sharon Stone) and an animal communicator (Jessica Lange). French sex kitten Julie Delpy appeared in the first scene and I wished she got more screen time. The script was good but the first act dragged on. I'm starting to wonder about Bill Murray playing the same character (or a derivative) of the guy he played in Lost in Translation.

I caught Festival Express a few nights ago. It's a documentary about several of my favorite bands hitting the road in Canada during the summer of 1970 on a train. Janis Joplin, The Band, Buddy Guy, and the Grateful Dead all had gigs booked in large Canadian cities and lots of hijinks took place on the train as it took them from Eastern to Western Canada.

The film has sections of interviews with the musicians spliced together with concert footage and jam sessions from the different cars on the train. Each car had a different type of music playing from bluegrass, jazz, and blues.

At one point, they ran out of booze and had to stop in Saskatoon to pick up more supplies. They had a huge party on the train that night and Bob Weir mentioned that most of them were dosed out. It was great to see younger version of Jerry with all black hair and Pig Pen playing harmonica on New Speedway Boogie.

* * * * *
While I wrote, I listened to different Grateful Dead shows that my buddy Bruce gave me including some Dick's Picks from 1976 and 1977. The Dead is always great background music when I write.

I also finally got a chance to listen to Ben Harper's latest two-disc album called Both Sides of the Gun. The first disc is super mellow and the second disc is more funkified. I first got introduced to Ben Harper in 1997 when I moved to Seattle. I went to a concert on the pier and he happened to be playing. I never heard one song before that show. I didn't even know Ben Harper existed and he blew me away. A friend described him to me as a cross between Bob Dylan, Bob Marley, and Lenny Kravitz. Anyway, it's a great CD and you have to pick it up.

* * * * *
I'm here in Las Vegas for 10 more days. I have an assignment for a magazine that I write for and will be spending time at the Bellagio covering the World Poker Tour Championships. It cost $25,000 to buy into the tournament and will feature the best poker players in the world.

I also have a a shitload of assignments and deadlines this week. I'm gonna spend the next 60 hours in full blown writing mode. I'm gonna be holed up in Grubby's apartment until I complete everything on my "To Do" list.

And as soon as I'm done writing, I'm going to hit the casinos and play cards. I'm also looking to try to get unstuck. I've lost a large sum of money since Halloween gambling on college basketball, pro football, and playing poker. I'm hoping that I can play smart and actually leave Las Vegas up a few bucks.