The subject line says it all. I had a weak internet connection over the last few days and that's why there were no posts.

Despite the fire ants, the sketchy weather, and the four day bender, I managed to survive another epic adventure at a music festival. Several of the bands kicked my ass and I had a blast with our crew in the RV. I slept a total of six hours in four nights. At one point, I was partying for 45 hours straight. Stay tuned for stories, pictures, hilarious videos, and other random goodness.

I'm about to leave our camp ground at Langerado. Otis, Mrs. Otis, GRob, and Mrs. GRob were packing up the RV and ready to drive it back to GVegas. I'm driving the Joker to the airport in Ft. Lauderdale, and then I'm spending one more night in Florida before I return to NYC. I need some time to recover.

As soon as I get get my space together and sober up, I'll recap my Langerado excursion. For now, here's an interesting picture... 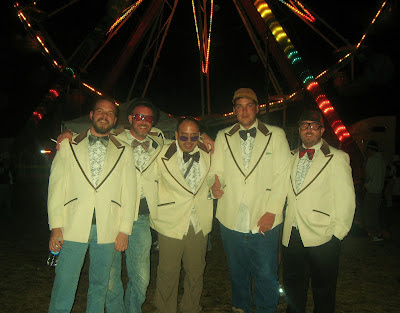