There was some drama that invaded our crew late on Sunday night as it bled into Monday morning. What's a Phish tour without a little side drama? It reminded me of the late 1990s... with bodies sprawled on the floor of a hotel room in a town that we had never been before and would probably never return unless Phish passed through there again... and having to deal with some sort of personal crisis. 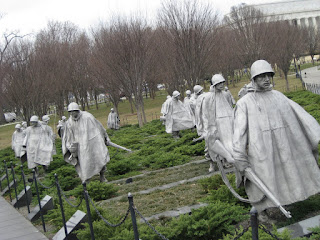 Daphne lost the keys to her rental car. She had a 7am flight out of Norfolk back to Colorado and planned on returning her car before her flight... except her keys were nowhere to be found. We had given her a ride to the show and frantically searched our car a hundred times. After calling the company and arranging a tow the next morning, she found a ride to the airport. A couple of hours later, the Joker discovered her keys in a secret pouch in his bag. Ooooops. They canceled the tow truck and Daphne saved $200 on a lost key charge.

That was the biggest drama of the weekend (which happened after the shows ended) and we pretty much got lucky. Out of the five of us, four saw all three shows because Daphne missed out on Saturday. Aside from that bummer, many potential disasters were avoided. No one got deathly ill, although our friend the Wookie almost bit it a few times. No one got arrested. although we had a couple of close calls. No one got conned in the lot ot acquired bunk drugs. All in all, everyone had a fantastic weekend, and we were ready to leave Hampton on a shiny happy positive note.

Nicky and I were on a tight schedule and had to leave Hampton around noon. In four nights in Hampton, I ate exactly four sit-down meals... all at Waffle House... the same Waffle House across the street from out hotel, where the waitresses knew my name. I was a big tipper. $2-$3 extra per ticket went a long way.

On I-64, we saw a sign for food. I pointed at Cracker Barrel. I preferred WH to CB, but I was looking for some variety. Nicky had never been before but her parents raved about CB during a trip to Asheville.

We pulled in and random elated Phisheads gobbled up their breakfast before the headed back to their lives. I ordered one of those everything breakfasts with biscuits and gravy, grits, ham, bacon, sausage, eggs, and a hashbrown casserole.

"You won't see this stuff in LA," I joked to Nicky. "Grease has been outlawed."

We reached DC in decent time because of the lack of traffic. We drove past the Jefferson Memorial on our way into the city. I found a super cheap hotel ten minutes away from DuPont Circle near all the embassies. When we arrived, there were a ton of cop cars nearby keeping an eye on the protesters. Our hotel was across from the Chinese embassy/mission and a bevy of Tibet protesters were scattered all about. No wonder our hotel was 1/3 of the price of other hotels mainly because folks were spooked out by the prospect of a Tienanmen Square fracas spilling into the lobby of our hotel.

We caught up on some work in our room. They gave us a room in the back, but we could still hear the faint whistles and cries from protesters out front.

We met up with Garth for dinner at a French bistro. He lived in the neighborhood and took us to one of his favorite places. Eating French food in DC with an Aussie? Yep. He even picked up the tab.

After a quick dinner, Garth took us to one of his favorite dive bars. We grabbed a booth and drank pints for a few hours, while a gaggle of geeks sat at the bar and watched Heroes on the big screen.

Since Nicky had never been to DC before, she wanted to check out the sites. We hopped on the subway and got out at the Mall. The next few hours were filled with lots of walking and picture taking. The Monument. The WWII memorial. The Vietnam Memorial. Lincoln Memorial. Korean War Memorial. The White House. The Capitol. The Air & Space Museum.

After a full day of sightseeing and criss-crossing the Mall, we headed back to our hotel to get ready for dinner. And the protesters also returned. That time, there were twice as many people pissed off about China's treatment of Tibet.

After dinner, I had a ton of work to catch up on including uploading pics and videos. Nicky wanted to watch American Idol but could not find FOX on the TV. She frantically called down to the front desk and they told her it was located on the far end of the dial. Disaster averted. I sat in the bathroom and edited videos so I didn't have to listen to Michale Jackson karaoke.

We woke up early on Wednesday to take a quick trip to the Jefferson Memorial since he was my favorite President and it was one of the many things that Nicky didn't get to see.

We got a bit lost trying to exit the city and eventually got on the Baltimore Parkway. It was a slower road out of town but completely empty aside from a couple of intimidating governmental cars from different alphabet agencies.

Somewhere just outside of Baltimore, we stopped for a late breakfast at.... Waffle House. I had to get it in one last time. I won't be back to the South for another three months. Nicky? She didn't know when she'd be back so we stopped at one that had a special... for $6 you got a bacon, egg, and cheese on Texas Toast with double hasbrowns and a drink. Daddy and Derek would have gotten two of those.

We made great time back to NYC and had enough time to swing by mother's apartment. She was not around so Nicky got to check out where I grew up and inspect some of the many mementos in my messy old bedroom, which had become a storage room for my brother and myself.

We headed downtown to our new favorite hotel. They gave me another great deal and even upgraded us to a room with a king size bed. We met my brother for dinner at Big Nick's before we hung out with him all night.