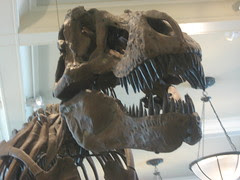 I started blogging in 2002 with the creation of this blog. For almost eight years, I used the same template for Tao of Pauly. I really didn't know anything when Skippy suggested that I start my own blog and directed me to Blogger.com. I selected a generic template that looked different (and that no one else had) and I just started writing.

I'm one of those "Don't judge a book by it's cover" kinda people and prefer to be judged (or ridiculed) by the quality of my writing and not what my blog looks like. Which is one of the reasons why I retained the original template.

Oh, and I'm lazy to boot. That's a main contributing factor on why I never changed the look.

Shockingly, the Tao of Pauly actually looked acceptable on my CrackBerry and on iPhones, so I had very little incentive to switch it up for hand-held mobile devices and smartphones.

In addition, digging through the fragmented code in my templates always gives me a migraine. I once had a buddy of mine (uber-programming geek) take a peek under the hood and he just shook his head. "It's a bloody mess," he said. "You're better off starting Tao of Pauly from scratch, mate."

Miserly is another word that should be tossed into the mix. I was simply too cheap to pay someone to spruce it up and enjoyed the fact that the Blogger platform is free! I guess that you can call me a loyal customer. Sure, I've had a few headaches along the way, but those seemed like minor obstacles to overcome compared to the support nightmares that other friends have encountered with other publishing platforms.

But something happened over the last few weeks that forced my hand. Blogger is eliminating support for "classic templates" which is a nicer way of telling us old fogeys that we need to embrace the 21st century and use something more compatible in order to post our inane thoughts. Always the rebel, I was willing to be a lone hold out (mostly out of sheer laziness) but mainly because I don't have a clue about what I wanted Tao of Pauly to look like. I don't think about these things. I worry about what I'm going to say, not the aesthetics of the blog. Simply put, Tao of Pauly's classic template was original and I had never seen a blog like it (well, except for Tao of Poker but that definitely comes into play a bit later). I loved the fact that Tao of Pauly and Tao of Poker were extremely similar to each other with only a few minor differences.

But then, every blog owner's nightmare cropped up when the archives began to... disappear without a trace. Depending on the month, up to 50% of the Tao of Poker's archives were missing. AWOL. Nowhere to be found. On Tao of Pauly, up to 33% of the monthly archives had vanished. That was one of the consequences of Blogger stopping support for classic templates. At that point, I had no other choice but to migrate to a new template if I wanted to be able to see all of my older posts.

Alas, the old Tao of Pauly template was like riding around in your first car and you ran that fucker into the ground. So many things didn't work, yet it was able to provide the primarily function for what I was trying to do. But it's time for a new car. Blogger forced the change and I quickly jumped into action.

For the new template, I went with something simple for the overhaul because I needed something temporary. But after a few hours, I realized that I actually liked the temporary look. No frills. Very simple, yet with a few touches here or there, I could make it uniquely my own. I decided to embrace my temp template and it became my new home. So for eight grueling hours yesterday, I pulled the rest of the hair out of my head while I diligently worked on the transfer, tweaking the new template, and labeling mostly every post from this year

The immediate results of the new template were astounding especially with archiving and labeling of posts. The classic template did not support labels, but the new one has already been a godsend with easier navigation of posts. You might use "labels" once or twice a year as a reader, but for me, it's an essential tool when I'm trying to find information/photos/links very quickly.

Plus, the new archives are beneficial in so many ways. For one, the individual posts are no longer chronicled with a bunch of numbers. The new format is so much more SEO friendly and each post now has their own individual page.

Since I paid for a year of comments with Echo, I'm sticking with them and will reassess at the end of 2010. I use Blogger's comments for Coventry with mixed results.

So anyway, once I got over the fear and separation anxiety of moving Tao of Pauly, I began the migration of Tao of Poker. To be honest, I really dig the new look of Tao of Pauly, but I'm not thrilled with how Tao of Poker came out, so that will just be a temporary home until I can find something more suitable.