Paranoid Android: The Impending Jack in the Box Diaries

What goes on inside your fridge when you're not looking? That's the one answer that drives some people bat shit crazy and their OCD doesn't let them sleep at night unless they can open up and close their fridge 14 times before washing their hands twice and finally going to sleep. 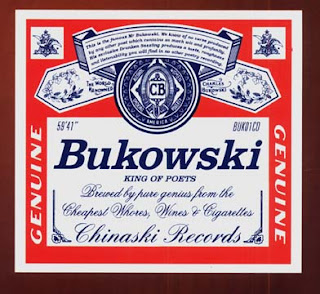 I wonder what goes on in the other alleys on the other streets on the other fringe blocks in the slums of Beverly Hills? I assume it's the same sordid characters, just picked by a different casting director with a new batch of tenacious souls.

I can't recall if I wrote about the bum who hurled a glass bottle over three lanes of traffic on La Cienega just a block south of the Beverly Center. I was driving solo and stopped at a traffic light in the far right lane where I noticed a homeless guy in a long coat rummaging through a garbage can at a bus stop. The next thing I know, an empty glass bottle flies over the roof of the red Jetta in front of me and crashes into the side of a blue garbage truck.

What the fuck, you crazy fuck?

I made sure my doors were locked and turned down the volume on a live version of Radiohead's In Rainbows and tried to hear what the deranged guy was screaming. The light changed green and I sped off.

I recognize a street hustler who makes the rounds in different adjacent neighborhoods. This guy is in his 40s, tall, sort of a less-debonair version of Will Smith and he's holding a gym bag. He doesn't look too bad off which is why his scam kinda works. I first came across him in the parking lot at In-N-Out a couple of months ago. He was walking up to people in their cars and asking to borrow a buck because he needed to pay a locksmith to get the keys out of his locked car. Kinda slick, but I knew he was crooked. Since he didn't look like a guy who slept on the streets, I assumed that he was a junkie trying to score a few bucks for his daily fix.

A couple of week ago, I saw the same guy with the same gym bag while he was working the parking lot at my local Jack in the Box. He asked me for a few bucks and I declined. He followed me for about ten yards then stopped. I uncomfortably picked up my pace and grew more and more paranoid with each harried step.

What if he trails me back to my apartment?

I made an abrupt stop, almost a fake out like a wide receiver trying to juke a corner back. I darted down the alley that ran behind Jack in the Box and almost knocked over a Smart Car that sped down the alley. I circled around the block twice and made sure I wasn't being followed by him, any Kabbalahist, or any Google Earth cameras before I went home.

Yet, I'm still worried about a white catering van has been parked about 150 yards away. It hasn't moved in four days and it's starting to freak me out. I'm considering the old "banana in the tail pipe" trick to smoke them out... that is if someone is on a stakeout. Maybe I'm waaaaaaaaaaay too paranoid and it's not me they are after (at least, not right now). Just maybe they are after the speed freak/cokehead across the street?

I could write a book about all of the randoms hit that happens at my local Jack in the Box. I guess Bukowski wrote about all the losers he encountered in LA bars, but since I'm not an alkie and instead a reclusive pothead, my daily reporting of the plight is limited to the people I encounter at Jack in the Box. I'm a frequent patron, at least five days a week to pick up a BIG ASS iced tea, and come across a fair amount of sketchiness during my visits.

One week ago. 10:30am. After filling up my self-serve cup, I avoid eye contact with everyone in the joint and make a beeline for the front door. Out of the corner of my eye I noticed a miniature Christmas tree sitting on top of a table while a disheveled guy in the booth chugs a tall boy of Budweiser. The tree is about two feet tall. Fake, of course, and light purple.

What the fuck is someone doing with a fake purple Christmas tree in a predominately Iranian-Jewish neighborhood in March?

The owner of the tree (well presumed owner and I have to assume he stole it or found it in the trash) was wearing a weird hat, something you might find an old guy in Moscow wearing on a frigid winter morning. The hat and the tree combination really threw me for a loop.

The beer? Not so much. Tall boy-pounding freaks slumped in corner booths at Jack in the Box in mid-morning are the norm. I'd be more worried if he just had the purple tree and wasn't drinking.
by Pauly at 3/29/2010 04:19:00 AM