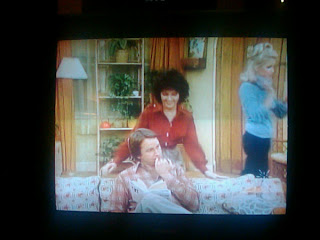 San Francisco was unexpected, yet one I feel more comfortable in pulling that trigger than the other two options (NYC and Denver) that were on the table. Last October, Nicky and I were tipped off on a spot opening up in New York City. The price and location were astounding. The space was small and I wouldn't have an office to write in -- but it's NYC on the cheap. Alas, that fell through earlier this year, which meant our focus shifted on riding out the apocalypse in Colorado. Denver was on the radar and our goal in September was to find a cool Denver neighborhood and apartment to fit our budget. We had ideas already in place but Nicky was hesitant to pull the trigger because Denver is... cold. She's a SoCal girl and it was tough to convince her that Colorado was calling out to me because I couldn't stand living another day in LA. She finally acquiesced and gave me one full year commitment to giving Denver a shot.

But then enter Halli.

Our friend gave us an amazing opportunity --to live in a kick-ass split Victorian for super cheap. How could we say no? A few other things happened along the way that made San Francisco the obvious choice for us. Nicky wrote more about the subject in Totaled.

One chapter ends. A new one begins.