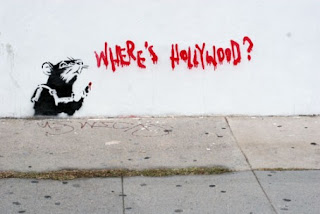 Friends often tell me that they wished I wrote more here and other places on the web about various topics. For that nudge, I absolutely love them. However, the reality that I struggle with is more frustrating than you think.

To publish, or not to publish?

I've gotten bored with writing about poker and gambling, mainly due to the and overwhelming sense of ennui attributed to the shallowness and undesirable qualities of my peers/colleagues. It's an obstacle I've overcome over the last seven years, but these days I'm saying "I'm too old for this shit" instead of joining the echo chamber. Hey, let's be frank here... I'm always willing to whore myself out for the right price. I'd write more if I was paid a fair wage. You'd be surprised how much work I'm offered by shysters who think I'm stupid enough to write for free. I do that everyday... for myself. If you want me to write for you, you have to fucking pay me. That's just how it works.

And shiiiiit, don't get me started on the migraine-inducing process I have to go through to get paid for stuff I've written a few months ago. Alas, I'm reluctant to take on any new assignments for fear of... getting swindled. One former client still owes me a few grand for two feature articles I wrote in 2006. Five fucking years ago. I'll never see that money. Many of my friends have similar horror stories.

I write everyday. For myself. The compensation, although not monetary, is immediate because my output is exactly what I want to say without worrying about an overzealous editor redlining my sentences, or having some inbred twat with poor reading comprehensions project their personal physiological issues onto me in the form of an unwarranted troll-like comment.

I write every day and by chance I miss a day, I make sure I double up at the next possible moment. Unfortunately, 99% of what I write is not shared in a public forum. I'm getting more paranoid these days and I'm writing the old fashioned way -- pen and notebook. The subject matter is so incendiary that my virtual friends would insta-un-friend me on Facebook, and if the authorities ever read any of it, I'd be hauled off in a paddy wagon and one of three things would happen... I'd be locked up in Gitmo with the Jihadists wearing orange jumpsuits, I'd get committed to a local psych ward, or worse... I'd get hired by Hollywood.

I write for myself. It's a noble yet selfish pursuit, but it's what drives me and keeps the fire inside burning. Without the ability to speak freely, I'd go absolutely insane. I'm already a few cans short of a six pack, because I'm burdened with a severe case of anomie, the cyclical grips of seasonal depression, and the tempestuous mood swings attributed to being stuck in the middle of an eternal struggle of art vs. commerce.

In short, I often feel like an alien trapped on Earth wondering what the fuck everyone is doing, because the majority of it all seems absurd and defies all semblance of logic.

Maybe now you know why I've been selective in sharing what I write, especially with the state of our nation which has been transformed into a police state over the last decade, and accelerated over the last two months. At the same time, web censorship is on the horizon. The kill switch is nigh and the ominous storm clouds are headed this way, so I'll continue to peck and scribble away in the darkness, trying to jot down everything I need to say before the last iota of individuality is beaten out of me by an min-wage agent of the state while the sheeple stand on the sidelines and do nothing about.
by Pauly at 11/18/2011 11:11:00 AM