Around the Horn: L.A. Bookends, DFW, and Writing Music 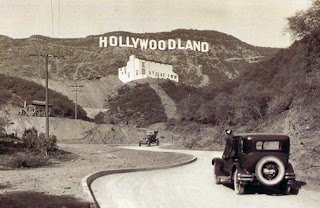 Anyway, if you've been following along, you know it's been an active month here, but this past week was particularly a lot of fun for me. I recently had one of those comforting breakthrough realizations about this corner of the web. I used to have morose thoughts and contemplate pulling the plug here (and other places) because there's nothing worse than having to do something just to do it. But those days are long gone. At this point, it's what I want to do at this moment. Just like that Grateful Dead lyric: "ain't no place I'd rather be."

In case you're just tuning in, here's what you missed this week...


Monday Morning Lurid Gaze - I started the week in my office, ready to work on a project when my neighbor across the alley, a struggling actress (with an emphasis on struggling) got into a huge fight with her boyfriend. Just a typical Monday morning in Hollyweird.

Illusion of Sanity in an Insane World of Snooki and Cage Matches - It's been a while since I let rip an old-school rant on the Snookification of the World. Plus, there's cage matches against bears.

Freeze Time - This is a fiction piece set on the fringe of the jazz world in the 1950s. Or the 1960s. I forget. Time gets fuzzy like that.

Road Trips, David Foster Wallace, and Really Good Cocaine - This is an essay of sorts about one of my favorite authors.

Distractions: Roof Standoff, Lost Dolphin, and Car Chase in the O.C. - The title says it all. Nothing cryptic here. Another weird Friday in the City of Angels.

Dogs, Cats, and Piss Cams - What the hell do dogs, cats, urinating in public and Twitter have in common?


These posts are more than a week old but. It's sound cheesy, but I really had fun writing them...


The Mad Shitter, Mad Pisser, and Fat Naked Guy - I had three stories about three different times in my life (high school, college, post-grunge Seattle) in which I encountered someone who was dubbed the Mad Shitter or the Mad Pisser. Defecation and urination humor at its finest.

San Francisco Orphans - This is a collection of a three unpublished mini-posts that I never finished, but I wrote them when I lived in San Francisco last year.

Emo Pandas, Jesus Fence, and Jack's Obituary - This one is for all those speed freaks and hopelessly sad Kerouacian tragedies out there.


I wrote a couple of things for Ocelot Sports. Don't forget to follow @OcelotSports on Twitter and visit the Tumblr page for daily picks.


Super Bowl History: Final Scores, Betting Lines, and Results - Ever wonder what the point spread was for Super Bowl III? Did you know who won Super Bowl XXIV? Now you do.

Here's the videos I posted on Tao of Fear this week including something about Apple's Silver Panic and Debunking the Moon Landing Hoax.

Over on Tumblr, I posted three jazz albums that are an integral part of my early morning writing routine... Miles Smiles, by Miles Davis (and his powerful second quintet), Monk's Straight, No Chaser, and Charlie Mingus' Mingus Ah Um.

If you're a fan of "long reads", then here's a couple of well-written pieces by friends...


Exploring Obsessions in Alan Zweig's Vinyl - Shamus watched a documentary about vinyl record collectors and some of them are pretty weird.

How I Died Hard and Accidentally Became a Writer - Jess took a job in Hollywood and became a writer along the way.

Five Thousand Words on Five Thousand Meters - Joe Speaker explains catching the running bug... a bizarre health-driven, yet highly self-indulgent phenomenon that has stricken my friends like a bad case of the clap.

Magic Baby - Yes, this explains the mystery behind Joe Speaker's magic baby and other superstitions.

Email ThisBlogThis!Share to TwitterShare to FacebookShare to Pinterest
Tags Around the Horn, Hollyweird, Writing