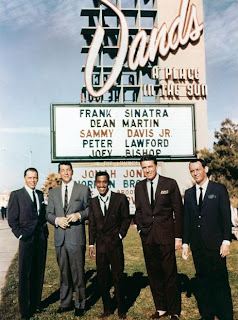 I've been blogging under the influence and have been an arrogant prick since 2002. But you knew that already. I didn't need to call a press conference with Oprah to reveal what everyone already knew. That's what Twitter is for.

Thus far in January... 16 posts and 2 link dumps. I have no idea if I can keep up this output, but I'm posting something at least five days a week, if it is experimental word diarrhea. Ass blasters in word form.There's a method behind this madness. Some of you might have figured out the "why" already.

Anyway, this link dump is devoted to this week's output.

I took a business trip to Las Vegas last weekend and penned four post about returning to the desert paradise and black hole of humanity...


Early Birds - Off to the circus and making the all-too familiar drive from LA to Vegas with my girlfriend; work before play or play before work?

14 Alaskan Crabs - Welcome back to the land of over-indulgence

Tax Exempt Hustlers - Vegas lacks culture; terrible environment for writers so I chose to live in shallow L.A.; door-to-door Mormons and my future as a bible salesmen


Upon my return to L.A., I basked in the warmth of the SoCal sunshine. I was fascinated with a potential Lohan trainwreck in a piece from the New York Times.


The other night inspiration struck and I cranked up some jazz music (Miles Davis, Herbie Hancock, and Thelonious Monk) and scribbled down...


2012 was a strange year because I wrote a lot but erased most of it. Delete. I barely published on the web especially here. I found a couple of unfinished drafts that were never birthed into Tao of Pauly posts; I decided "what the fuck?" and finally published those "lost posts" along with an explanation on why (sort of)...


Orphans in San Francisco - Some things I wrote last year when I lived in S.F., but for some reason or another, I never hit the orange publish button. It's three smaller pieces... 1) the local neighborhood coffeeshops vs. Starbucks, 2) walking around Sea Cliff totally faded to the tits, and 3) a bum and a drunk hipster ask me for a lighter in front of a dive bar.


I had a profitable weekend in Vegas backing the Niners and Seachickens (lost but covered by a half a point!), bu I got killed betting on the NBA. I revealed that slide in a post on Ocelot Sports


Cold Streak: January NBA Malaise - Losing streaks are never fun, but I learned a lot from my days as an online poker grinder... take some time off, re-evaluate, plug the leaks, return to ABC basics, tweak the game plan, and then get back into the fight!


P.S. I took a half of day off of NBA betting before I couldn't pass up an amazing opportunity backing the Miami heat against the head-case LA-LA Lakers.

Of course, it's down to four teams in the NFL. I wrote something about the upcoming games for Ocelot Sports...


Over at Coventry Music, I posted a few things of note...


Nirvana 10/19/91 - This is a video of Nirvana's gig at Tree's Lounge in Dallas. Kurt Cobain crowd surfs and gets into a fight with a bouncer.

Andy Kaufman and Elvis - No one did a better imitation of Elvis. No one. Dammit. I would have loved to see what Andy could have done with Twitter if he were alive today.

Shut Up and Listen to the Music Play - Inspired by a Top 10 list from Rolling Stone about annoying asshole behavior at concerts, I shared my thoughts on a huge pet peeve... drunks talking during concerts. Show some respect for the musician... and shut the fuck up.