Around the Horn: Snakes, Dreams, Chameleons, Painters, and Clyde 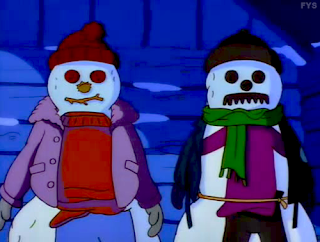 For a random week in February, the news cycle was filled with a cornucopia of bewildering stories, but it was another week in the life for Tao of Pauly. In case you were caught up in the circus-like whirlwind stories of popes, Dorners, and meteors, I'd like to point out what you missed in this neck of the virtual woods over the last week...

Neighborly Turbulence, Squabbles, and  Brouhahas- My neighbors were fighting all weekend. Again. The actress is an emotional trainwreck and ripped through her boyfriend like a vicious hurricane.

Dream Project: Grilled Cheese and Lost Car - I unsuccessfully began a dream journal, which never took off, yet I managed to scribble down a few remnants of one pecuilar dream that included mob guys and a lost Cadillac.

Invisible Chameleons - I'm a sponge and soak up everything culturally around me, which alters my perception and shapes my world view.

Books: Seven Seconds and The Last Shot - I read two books about basketball. One was about high school kids in Brooklyn circa 1991 trying to get college scholarships (eloquently written by Darcy Frey). The other was about the 2005-06 Phoenix Suns (penned by sportswriter Jack McCallum).

The Trumpet Under Aunt Mary Mae's Bed (Fiction) - The weekly short fiction series continues. This one is set in 1958 and features more junkie musicians than you can shake a stick at.


Here are a few things I wrote on Ocelot Sports (@OcelotSports on Twitter)...


New Pope Betting Odds - You can view the opening odds for the new pope and get some background on the leading candidates for the next pontiff.

Clyde - After watching a mini-documentary on NBA legend Clyde Frazier, I wrote about how he inadvertently helped me become a writer.


I have not posted much on Tao of Fear (@TaoFear on Twitter) over the last few months, but I was very active this past week...


The Popes Prophecy by St. Malachy - Did you know the next pope is supposed to be the last-ever pope according to St. Malachy. What does that mean? Is it Armageddon? Judgement Day? End of the World? Aliens?

Montana Meth Boom -This is a very good episode of Drugs, Inc. documentary that covers the lucrative meth trade in Montana.


Here are a couple of things I posted over at Coventry Music (@CoventryMusic on Twitter)...


Beatles' Ukulele Project - If you're a fan of the Beatles, check out every Beatles song performed on a ukulele.


This past week's writing music included...