Here is what you missed on Tao of Pauly this past week...

Jack 91 - It was Jack Kerouac's birthday. He would have been 91 years old. I wrote about reading On the Road the first time in high school and then re-reading it several times while living in different cities.

Hell Cats and Procrastination Street - I got sucked into a really bad reality TV show about cats while procrastinating on an important work project.

Muted Alleys - It can get kind of loud in my neighborhood every morning.

The Actress Took Down the Curtains - After feuding with her boyfriend for the last few months, my neighbor finally broke up with him and kicked him out, and she then moved out two weeks later.


You should also check out something I wrote for Ocelot Sports about Mariano Rivera's retirement: Mo Rivera and the Summer of 96.


Sketches of Spain by Miles Davis
Ole by John Coltrane 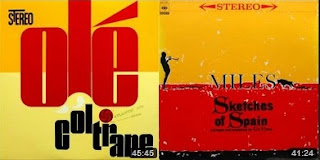