Around the Horn: March Reprise, Writers, Musicians, and Girls 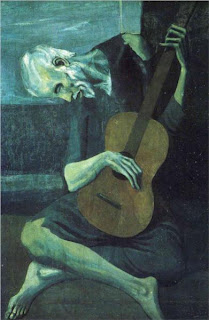 It was a stressful week with March Madness and other work things. I was short on time every day it seemed yet I managed to write a few things (more so struggled to crank out) on Tao of Pauly. Here is what you missed...


The Holes - Did you know about Mel's Hole just outside of Yakima? If you dig Art Bell and other paranormal things, check out this post.

Blank Eye - You create your own reality and if you're not careful, you'll have the Man looking over your shoulder the entire time.

Such a Lovely Place - I watched the Eagles documentary on SHO and I was surprised about how much I enjoyed the film because I never really liked the band.

Routines and Whateverest - The lack of free time really hurt my old daily writing routine. Plus, I share a crazy documentary made by a bunch of clever Norwegians.

Stress of Cool - This is the Tao of Luis Guzman.


The month of March is over. I stumbled through the end, but I wrote a few things of note earlier in the month...


Tao of Angela Chase and Jalen Rose - Middle-age malaise and nostalgia when I realize I'm almost the same age as the dad from My So-Called Life. Plus, advice from Jalen Rose.

Seinfeld, Coffee, and a Show About Nothing - A few thoughts on an NY Times interview with Jerry Seinfeld.

Doctor THC - I got a renewal of a medicinal marijuana card in West Hollywood.

The Actress Took Down the Curtains - My neighbor, a strugglng actress who constantly fought with her boyfriend, finally moved out.

Why I Set My Alarm for 5:55 AM - This post explains my daily routine during a deluge of college basketball and March Madness.

Think Pieces, No Hats on the Bed, and Utah Get Me Two -  I always compelled to watch films from start to finish if I see them on TV... Almost Famous, Drugstore Cowboy, and Point Break.

St. Puke's Day - A walk down memory lane and what St. Patrick's Day meant to me over the years.


Here are some of the other music-related things I wrote in March:

Lee Morgan the Sidewinder - Here is a little something about one of my favorite  trumpet players.


I wrote about writers this past month:

Writers, Booze, and Drugs - If you had a chance to hang out with 16 of my literary heroes, what kind of drugs or booze would you do with them?

Jack 91 - Some thoughts on Jack Kerouac's 91st birthday and the impact of On the Roadat different times in my life.


And here are recaps of Girls, which are lewd thoughts from the standpoint of a dirty, middle-aged man.


Girls: OCD, It's Back - Hannah's OCD returns and Shoshannah gets down and dirty with a doorman.

Girls: Together Finally - My half-baked thoughts on the season finale of Girls.


Since baseball is just around the corner, I wrote a little something about the impending retirement of a legend...


Mo Rivera and the Summer of 96 - One of the best summers I ever spent as a Yankees fan.