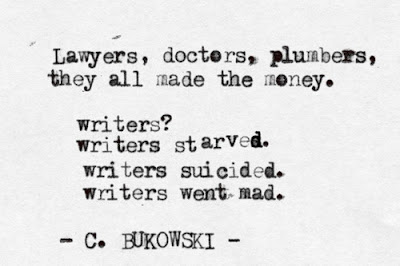 Barely have time to breath with a deluge of college basketball, but I wanted to point out a few things that popped up on the Tao of Pauly over the last week...


St. Puke's Day - Here is a little something about the evolution of St. Patrick's Day, from being a Catholic school boy watching the parade in downtown Manhattan, to party-hound beer-guzzling frat boy in Savannah Georgia, to a struggling bartender back in NYC.

Think Pieces, No Hats on the Bed, and Utah Get Me Two -  Whenever I see three certain films on cable, I'm compelled to sit down and watch it. What are those films? Almost Famous, Drugstore Cowboy, and Point Break.

Why I Set My Alarm for 5:55 AM - This is a post that give you a glimpse into my daily routine this past week. I have been waking up before the dawn to prep for March Madness and gambling action on the March Madness college basketball tournament.

Crushing Pies and Grandma's Invading You Tube - I ate an entire pie inside of a 24-hour period and I spent more time then I'd like to admit watching random videos of old women sharing their favorite pie recipes.

It's now full-blown March Madness time. I wrote a ton of stuff for Ocelot Sports (@OcelotSports) this week...

Over at Coventry Music...


Grisman and Garcia: So What - It was David Grisman's birthday this week and I posted a cover of Miles Davis' So What.


Blowin' the Blues Away by Horace Silver
Rosalita by the BOSS