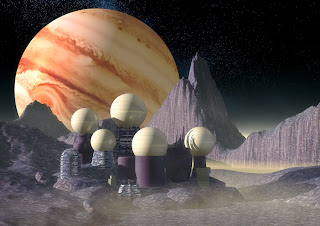 The April project has come to an end. If you're not familiar with what I was doing this past month, check out.... Brain Projects and a Dozen Half-Baked Ideas.

Every morning, I jotted down one random story idea. Only one. The simpler and more absurd the better. For May's project, I hope to turn a few of these half-baked ideas into actual short stories and who knows if any of those short stories can be expanded into a screenplay or novella. Ah, I'm getting too ahead of myself.

I originally posted the first 12 ideas a couple of weeks ago, but today I'll post the entire list...

1. Grandmother gets typical cataract surgery but comes out with the ability to see the ghosts of her dead husband and sister.

2. Dope sick junkie horn player recording an album in Tokyo desperately tries to score smack in Shibuya, but ends up crossing a pimp from the Yakuza.

3. Salesman has impulsive habit to tear out random pages out of the Holy Bible in every hotel room he stays in, but he doesn't throw away the pages, yet collects them in a box that he keeps in his garage.

5. Spending an entire summer with the subjects from the Manet's paintings that currently hangs in the Manet room at the Metropolitan Museum of Art. All of the subjects (like the Spanish singer, The Woman with the Parrot, and the boat captain, etc.) know each other and they all hate Manet for one reason or another. They all talk shit about him while they hang out at the same Parisian cafe in the 1880s.

7. A pair of childhood friends reunite after twenty years while attending the funeral of one of their classmates, who slipped off the subway platform and fell in front of a 6  train. After some amateur sleuthing, they find out he was a biologist working on a miracle cure for the common cold and he was murdered by a hitman working for Big Pharma.

8. Army psychiatrist must evaluate soldiers returning to Earth after finishing their tours on Venus defending various mining outposts in the Great Desert.

9.  Autistic homeless person is a chess wizard and hustles tourists in games in front of the Eiffel Tower.

10. Alcoholic washed-up ex-pro is a caddy for his son, who is a professional golfer contending for the Masters, but the caddy is back on the wagon and has to avoid his son's Evangelical wife.

11. The newly hired manager of Quentin Red has a tough first day on the job when he has to fire the psychotic bass player who threatens to commit suicide after locking himself in the bathroom of the tour bus.

12. This takes place the day after the classic race between the turtle and the hare, when the hares discover out the winning turtle was illegally using speed and other performance enhancing drugs, thereby tainting the race.

13. The BBQ. Lenny throws a BBQ and no one shows up except his neighbor, who tries to find every excuse to leave, but can't.

14. The Goldfish. Thirty-six years and still alive. It wouldn't die.

16. A video game designer sets out to create a game that never ends.

17. Chinese-born Dishwasher living in San Francisco's Chinatown is hired by a brokerage firm because he supposedly has psychic ability.

18. Bored used-car salesmen during the oil crisis of the 1970s try to earn extra cash by becoming Elvis impersonators.

19. The day Marty had to tell his kid Santa Claus didn't exist.

20. A divorced father drags his kids to the middle of Ohio to find a roadside diner in which he ate the greatest banana split of his life, only to find out the diner burned down years earlier.

21. Going blind in outer space. One by one, contractors working on a mining colony on one of Jupiter's moons mysteriously lose their eyesight. A clergyman incites a mutiny when he convinces the blind miners that God took their eyesight for their lack of faith.

22. When Jimmy went to college, his mom threw away his baseball card collection. Twenty years later, he goes on a journey to find every card he used the own.

23. The Return of the Shadow People.

24. The ghost writer. A writer with rehabilitating insomnia befriends a ghost. The two write a screenplay together about how the ghost was murdered by his father-in-law, who is the retired chief-of-police.

25. Hotel room 732 had five inhabitants inside of a week.

27. Charles got paid to paint replicas of famous paintings. No one liked any of his paintings, but his replicas were more authentic than the originals so much so, INTERPOL thought he was framed in a massive art theft ring.

28. A drag queen estranged from his family for two decades must go back home to Kentucky for his father's funeral.

29.  A priest is stabbed trying to help a homeless man eating out of a church's dumpster.

30. A man claims he has cancer so his friends and co-workers will do a walk-a-thon to help pay for his medical bills. He doesn't have cancer. He's lying in order to use the money to pay back his bookie.