Around the Horn: Reading Binges, Puke Writing, and Half-Baked Pies 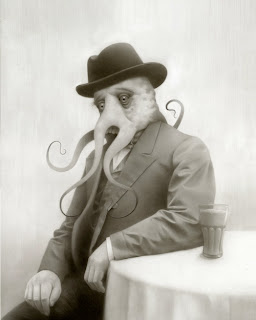 This is what happened over the past week..


On the Road (Modern Film Version) - Here is both parts of On the Road, the film version with that vampire chick.

The Puke Secret - The key to writing is to write... a lot... an regurgitate everything inside your head.

Brian Projects and a Dozen Half-Baked Ideas - A year of monthly projects including coming up with 30 ridiculous story concepts.

Anyone But Tiger - I woke up early on a Saturday to watch golf.


Over at Coventry Music, we posted a couple of things...


Background Beats - Spring 2013 - Jonas is a drummer and he posted his quarterly mix of some of his favorite background beats. This is an eclectic mix that is perfect to have going on in the background.

Dead Home Movies (1986-89) - If you like the Grateful Dead, then you're gonna love their home movies that were shot on tour during the late 80s. Amazing candid footage.


Over at Tao of Fear, I posted about a TED lecture that was banned! Graham Hancock gave a speech about DMT and the search for raised consciousness. No wonder it got banned.
by Pauly at 4/14/2013 04:20:00 AM