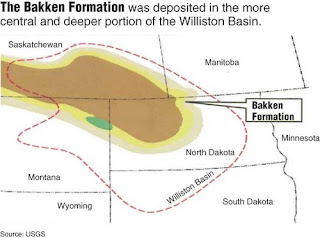 It's like trying to squeeze blood out of rocks.

I dunno who said that phrase first. Maybe one of those industrialists from the tail end of the 19th Century.All I know is that there's a ton of money being spend on the Canadian-US border trying to figure out how to squeeze oil out of sand. For a while, I had a mini-obsession over the North Dakota oil boom and the Bakken Fields. I even considered visiting Williston, ND and the middle of nowhere to write a couple of stories about the hardships of life on new frontier. The land was being raped by Big Oil and facilitated by Banksters, while the workers -- starved for any sort of money -- were being exploited, and although locals were flooded with new money, all of that overnight success came at a sincere price.

The obsession with Bakken coincided with a particularly rough morning I had a few months ago. I got my ass kicked the night before betting on a couple of basketball games. When you put your picks out in a public forum, you open yourself up to a ton of ridicule when you don't win. That was happening more than I would have liked and I started drowning in my own doubt instead of trusting the mathematics of it all (variance is a fucking bitch sometimes). Anyway, on that particular morning, I was stuck in a horrible NBA slump and doubting my future as a wanna-be pro bettor, but my misery was compounded by one of those gloomy days as a writer when you're ridden with self-loathing and doubt your ability to even sign your name let alone write something of substance that someone will pay you for. Anyway, it was still the winter and it was pitch black outside around 6am and the only light was the bluish glow of my laptop as I sat in the dark and inspected at the betting lines. I took a break and read an article titled Greetings from Williston (which I stumbled upon via Long Reads) about guys my age leaving their families in states thousands of miles away, just to take dangerous jobs in the oil industry in North Dakota.

That's all it took. A harsh reminder of the back breaking work some guys have to do. It's the hand they got dealt. As much as I thought I had a terrible hand, it was all about perspective. It took a few says of reading as much as I could about the North Dakota oil boom for me to realize how insanely hard some of those guys were working (they earned every cent, if they could hold onto it) and how warped the housing market had become. Apartments in Williston, ND were as expensive as San Francisco or New York City. That baffled me, but that's what the market dictated. During the first oil boom in America, the "company town" set the prices for goods and workers lived in makeshift tents/shacks. In the modern oil boom, both big business and independent locals jacked up prices of everything. This was the hugest money grab that part of America had ever seen and you bet your ass everyone was going to get a cut -- from ruthless landowners overcharging for rent to drug dealers jacking up prices of their products. Everyone's hustling. As the saying goes, if you ain't hustling, then you're getting hustled.
by Pauly at 4/05/2013 02:22:00 PM