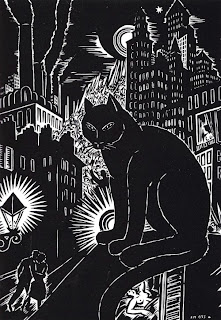 In case you just woke up from a coma, here's what you missed on Tao of Pauly over the last week...


Giant Fucking Robots (Fiction) - It had been a while since I published some blog fiction. Here is a conversation that may or may not have taken place on a Los Angeles street corner in the near distant future.

Books By Sunlight - Books are my favorite drug. I'm a reading junkie and prefer to read using natural sunlight.

30 Really Really Really Really Bad Story Ideas: Blind Jupiter, Ghost Cats, and the Return of the Shadow People - For the month of May, I wrote down a really bad story idea... one every day. Here's the master list of 30 half-baked ideas. I hope to turn one of them into a viable long-form piece.

Rattle and Hum: 25 Years Later - I watched U2's documentary Rattle and Hum 25 years ago in the theatres when it was originally released. I watched it again as an adult and have a few things to say about the film, my 15-year old self, Bono's ego, and the state of U2.

Those Superfluous Wankers (Fiction) - Here is more fiction I wrote inspired by the documentary film Dig! and the rivalry between Courtney from The Dandy Warhols and Anton from Brian Jonestown Massacre.

Hunter Thompson's Depraved and Decadent Kentucky Derby - On the eve of the Derby, I pay my respects to Hunter S. Thompson's groundbreaking piece of gonzo journalism.


Also, the month of April is over and here are a few things of note that might have gotten lost in the shuffle...


Rocku-Bender - I am in the middle of a full-blown bender with music documentaries.

The Puke Secret - I should charge for this post because it got a ton of traffic. It's a bit of advice to writers who are stuck in a rut.

Sunday Fiction: Shadows - After a month-long hiatus, this was the first bit of fiction I wrote about shadow people, something I heard about on an old Art Bell episode.

Bad Films: Bagger Vance -- I love sports. I love films. I fucking love sports films, but this one was one of the worst I've ever seen.

German Speed and Early Beatles -- The Beatles for their start playing German clubs while fried on speed.