The Cult of Social Media 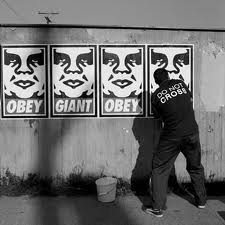 There's a fine line between a cult and a religion. It's called tax-exempt status.

If the omnipotent IRS deems your organization as a legitimate religion, then you don't have to pay taxes. Ever. It's a good scam if you can blow a fast ball by IRS auditors, but there's far more lucrative ways to make money.

Cults are cults. I was raised in a cult (the Catholic Church) and I regularly attend cult meetings several times a year (Phish concerts). I've been paid a decent wage writing positive things about a cult (the poker industry) and I even succumbed to peer pressure and caved in and joined the cult of Facebook.

The worst aspect of Facebook (and mostly all forms of social media) is how it dehumanizes you and turns your once meaningful relationships into units of information and your page/profile/account essentially becomes a database. Any sort of virtual connection (comment, "like", or tag) seems cold and impersonal. Data collection. Binary. 1 for like; 0 for nothing. It's like we've been reduced to 1s and 0s.

I'm not a Luddite opposed to social media and I think those platforms (much like the philosophy of life) are all about what you the individual user wants to do with it. You can take it seriously, or not. You can become a wallflower or jump right into the fray, You can stir the pot and spit venom at people on the opposite side of the political spectrum, or you can try to make people laugh when they're having a rough day.

I am not thrilled with Facebook's evolution from an online version of the "Fuck Finder" to its bumbled IPO. Facebook treats its users like cattle and all that data that people willingly fork over is virtual gold for Zuckerberg and his cronies. Some trends disturb me like heightened superficial interactions and bullying. While other things outright enrage me like having user data been manipulated/exploited and bought/sold by multi-national corporations for malevolent reasons (spying) or consumerism (marketing). But it is what it is. It's not compulsory, but there's so much peer pressure to conform that anyone dissenters are marginalized.

Social media is a great means as a connection point, but I firmly believe the real world is where you truly cultivate that original virtual connection into a blossoming real, concrete relationships either as an acquaintance, colleague, friend, or confidant. I'm one of those people who feels guarded about virtual connections. Maybe it's the poker player in me that feels more comfortable being able to observe people in order to get a read on them through non-verbal communication. Nothing can trump human interaction. The virtual world is a substitute, like methadone, but it could also be a raging addiction like heroin.

Some of the saddest cases I've seen are people who eschew their real lives in favor of the internet world to hide online and use the anonymity of the internet to create a new persona thereby extinguishing the real life trauma. That schism is dangerous and unhealthy and I'm frightened to think how many millions of Americans are hiding in the virtual world and making insincere and superficial connections with other hurt people. Instead of having a deeper connection in which they can help each other work out their real life issues, they opt for a more fantasy-like realm. It's no wonder Catfish is a huge popular show. I guess my biggest surprise is why doesn't it happen more often? I suspect it does, but most people are so embarrassed about how deep they fell down that rabbit hole.

Like anything else, if you have you're shit together, you will flourish in real life and in the virtual world of social media. If you're a train wreck in real life, no matter how much you try to cover up all of you're weaknesses, it will eventually bubble to the surface.

In the 80s, if you had a shitty day or were down in the dumps you could crawl into bed and go to sleep and hope that tomorrow is another day, or you can zone out in front of the boob tube, or you can listen to depressing/uplifting music on the radio. But today's kids are slaves to the "stream" and they must plug in and find out what everyone else is doing, who is everyone gossiping about, and if anyone else is talking shit about them. Shit, it's hard enough to do that in real life, it's even more vexing to go home and manage that aspect of your life.

In 2013, when someone having a bad day, the entire world is aware of it via social media. Everyone has a bad day. Life is a series of bad days squeezed in between a ton of mediocre days with the occasional day of awesomeness. But when someone has a couple bad days in a row, they're on the verge of an epic social media meltdown. I've witnessed my fair share of them over the last few years. It's some of the best/worst aspects of social media voyeurism... like a car wreck on the freeway that you cannot look away from when you pass by.

It's not like the old days when you can close the door to the bedroom and insulate yourself from the outside world and wallow in your own misery for a bit until you feel better and emerge from your cocoon of self-loathing. But in the 21st century in which everyone stars in their very own reality show, people are so addicted to social media that they forget that they can go bonkers without live-updating it.