Around the Horn: Death of Radio, Dirty Blvds, Possum Fights, and Haunted by Numbers 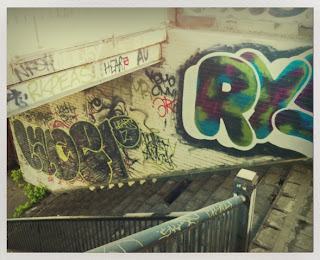 Another weird and busy week. Here's what you may have missed...


Lizze, Stef, and Hugh Freeze - What's in a name? I like power names. But in today's social media age, it's not as easy to use a mysterious stage name, lie you could get away with 60 years ago.

Full Moon Fever and Dirty Blvds. - Three albums dominated the summer I was 16 years old. Tom Petty. The Pixies. Lou Reed. The soundtrack to a crazy summer in NYC.

Southern Fried Radio and Rise of the Machines - Radio is dead. I had mixed emotions about the radio stations in different cities where I lived. The future of music (distribution) is in the hands of tech geeks and other internet innovators.

Police Helicopters, Beiber's Monkey, Alley Possums - A helicopter woke my ass up. What te hell was going on in the slums of Beverly Hills?

Chasing Numbers - Do numbers chase you around? Haunt you? Do you see weird numerical signs everywhere?


Over at some of the other places I write...