Around the Horn: The Peaks and Valleys of May 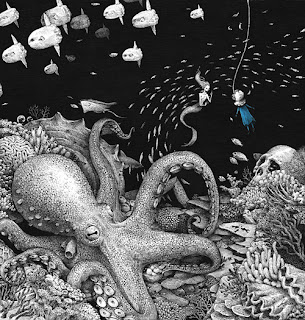 It wasn't a very busy week on Tao. I finished up a time-consuming project on Monday, had a couple of other deadlines, and took a couple of days off to rest up an achy back before I return to work this week on an extensive project (one of two big assignments before Phish summer tour). But here's what you missed the last few days...


Shaking Up the Establishment, Sitting in Limbo, ad Fading the Valley of Death - What happens after you suffer a work-related accident, burn out from the only job you're competent at, re-charge your batteries and heal up physically, and get mentally ready to get back to work, but the government locked the doors to where you used to work? The federales shut down online poker and it's been a slow process toward legalization. In the meantime, I'm sitting out the WSOP one more year while Uncle Sam gets his shit together. But I'm blessed that I don't have to willingly commit myself to a seven-week stint in the Vegas insane asylum.

Morphine Drip of Binge TV - While I was confined to bed rest to nurse a bad back, I binge-watched the new season of Arrested Development on Netflix. Welcome to the future of scripted entertainment.

The Cult of Social Media - Social media is up to the user to use it as a helpful means to strengthen relationships, or or self-destructive tool towards vanity, vapidness, and over-identity issues. Entertainment is the new religion and new opiate of the mass, but social media is a on off-shoot sect. It's a cult. Admit it. You'd like to leave, but you can't. You enjoy the flowing robs and hive mind.

Twit Links: May - Everything of interest I linked up on Twitter the last four weeks that does not include self-wanking my own trite.


Yeah, it was a weak week of content compared to some of the better shit I wrote in May:


Rattle and Hum: 25 Years Later - I watched U2's documentary Rattle and Hum when it was originally released and I watched it again. Huge contrast from when I was a teenage fanboy to a cynical adult who sees through Bono's pretentious bullshit.

Those Superfluous Wankers (Fiction) - One of the only pieces of fiction I wrote in May. It was inspired by the band rivalry in the music documentary Dig! between The Dandy Warhols and Brian Jonestown Massacre.

Hunter Thompson's Depraved and Decadent Kentucky Derby - On the eve of the Derby, I paod my respects to Hunter S. Thompson's groundbreaking piece of gonzo journalism.

Late Night With My Pickled Brain - Late-night disjointed poetry which I offered up to musician friends as a potential collaboration.

No Soap Radio - As a child of the 1970s, I grew up glued to the radio. That musical experience shaped my adult life and became a solid foundation for my passion about music.

Shut Up and Play the Hits or How I Killed a Purple Cow - A mini-review of a documentary about the break up of LCD Soundsystem, which really hit home because of my difficult decision to take an extended hiatus with Tao of Poker.

Three Empty Apartments - The transient nature of the Slums of Beverly Hills continues. Two of my noisiest neighbors split. The hysterical struggling actress and hipster violin moved out.

Scar Tissue and Funky Monks - A review of Anthony Keidis' memoir Scar Tissue and how the Red Hot Chili Peppers played a role in a soundtrack to my wonder years in the early 90s.

Starbucks Hell, 90210 - The customers at my local Starbucks in the Slums of Beverly Hills fall into four categories. I loathe them all.

Whiskey and Ice Cream - Sometimes I wonder if Noah Baumbach and I were long lost twins separated at birth because we share a similar way of thinking about what's horrible about being a New Yorker who doesn't drive in LA. films. Nicky and I watched Greenberg,and she was horrified at how closely it resembled our lives. Ah, that art/life limitation thing is in full effect.

Speed Men - Everyone on Mad Men got jacked up on speed by Dr. Feelgood. Where can we score some of that? Ah, that's right. Big Pharma sells it in pill form as Adderall and America's youth is jacked up on high-grade pharmaceutical speed. At least it's cleaner the Nazi meth that the Germans produced during WW2. I explain why I do no take Adderall anymore and how I witnessed the evils of its abuse while covering a two-month long assignment in Vegas.

2023: Pro Soccer, Green Zones, Internet Speakeasy, and Cat TV -  Behold my vision of the... future! Welcome to my dystopia of rampant crime, censored internet access, an abundance of soccer, and the most popular channel on the planet... CAT TV! 24/7 cats. Cats. All. The. Fucking. Time.


I posted a few things on other sites this past weeks like....


Roy Hibbert, Post Moves, and the Ghost of Frederic Weiss [Ocelot Sports] - My girlfriend wondered what a post move was and I explained the demise of dominant low-post play in the NBA and how the Knicks botched their 199 draft with an unknown French player named Frederic Weiss.

Bronx Bums Report [Ocelot Sports] - My weekly column about the ups and downs of the injury-plagued Yankees.

Mad Men and Daft Punk: Get Lucky [Coventry] - Someone spliced together dance scenes from Mad Men with Daft Punk's Get Lucky.

Greek Flashbacks: 46 Days > Tube [Coventry] - I watched this video and got flooded by flashbacks from Phish's run at the Greek Theatre in Berkley a couple of summers ago. I even recorded a quick podcast (our podcast for Coventry is titled Wook Patrol) with Benjo, who gave an insightful outsiders perspective to the Phish scene.

Monday Morning Key Bumps [Coventry] - If you're dragging ass and bummed out that you have to go to work and desperately need a pick me up on Monday mornings, then crank up the volume and blast this week's special song to get you fired up while getting ready to go to work, or blast it as loud as you can in your cubicle to get everyone in your office excited to tackle the world.

Early Morning Writing Sessions: Jazz [Tao Pauly Tumblr] - After five months I have amassed a decent collection of my favorite jazz albums that I like to play in the background when I write in the mornings.