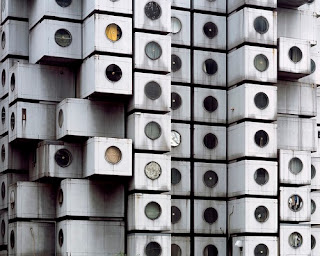 Crickets. Waves of crickets. All sizes. Tiny. Medium. Large. Grasshoppers are not green. These fuckers are dirty blond and light brown. Even when I play music, they're still flying under the radar. You can never block that out.

Yapping dogs. Two of them. They go berserk when I take bacon out of the fridge and cook it for breakfast. They spent lots of random moments when it sounds like they are ushering in the Apocalypse with blood-curdling screams and moans. They never shut up during the day. Thank god they go to sleep at night. The smaller the dog, the more annoying the bark. I imagine these purse dogs owed by a spoiled a Persian Kardashian wanna-be.

Then there's the baby. The crying baby. It's such a problem that one of my neighbors said something to me about it. The baby cries so much and so loudly that it's disturbing. Between the dogs and the baby, my neighbor has had a tough time sleeping. I thought the family who moved in the building next door had a newborn a year ago. The baby cries nonstop. 5am. 6am. 7am. 9am. 11am. 1pm. 2pm. 3pm. 6pm. 7pm. 10pm. 11pm. Midnight.1am. 3am. I know... it's what babies do. They cry. But what really gets me angry is how long the mother lets the baby cry without attending to it. I'm all for tough love, but isn't that cruel? Sure, I'd like to have some semblance of peace when I'm working, but I get more irked at the mother.

It's a Jewish religious holiday, the one with the huts. My several neighbors built these huts in the alley. The last few days all you could hear was construction. Lots of banging. Lots of metal poles smashing on the ground. Lot of hammering. Four huts were within earshot and dozens popped up and down the alley. One of them has a TV. Kids hang out there all day. Around sundown they sing and pray and chant and sing. all night they're outside in the huts. The chatter carries through the alley. You get to heard five or six families arguing during dinner... all at the same time. As Nicky said, "This is the one week a year when all the religious Jews in our neighborhood live outside, which means everyone... except us... is living in our fucking alley."

The homeless can fairies dart in and out of the alley. The lids open and close every hour on the hour. Some of the crazies drag large industrial garbage bags filled with bottles and cans. The rattling can be heard blocks away. It echoes through the alley like a junkyard symphony. Sometimes there's a melodious cadence, but most of the time it's a reminder that someone has to dig through my trash in order to pay for food. Sometimes I see them actually eating out of the dumpster. The old guy with the Mexican radio station tape ducted to his shopping car will often dig around through leftover food containers.

You barely hear the good dumpster divers. Silent, like ninjas. Those are the ones that quickly go through the alley without disturbing me. But makes me worried that those slick in/out of the alley and dumpster are the types who might put those stealth skills to use by robbing you. Then again, those yapping dogs sniff out dumpster divers and bark until the leave.
by Pauly at 9/19/2013 11:11:00 PM