Around the Horn: Book Reviews, NFL Roundtable, and Phish Podcasts 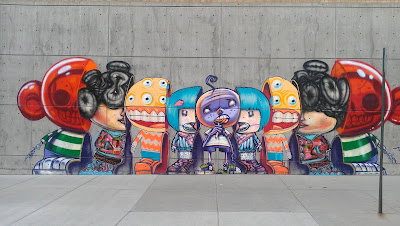 I went to Colorado for a week-long bender and it took a lot longer to recover than I wanted. When I returned to California, I was rushing to finish off some work before the start of the NFL season.

Here are a few things I wrote the last two weeks or so...


Real World LA Flashbacks: Cowboy Guy, Drunk Irish Dude, and the Chick Who Got Knocked Up By Kenny Anderson - I had a  brief flashback to the first time I watched the Real World. It was season 2 from LA.

When Flying Monkeys Marched Through the Flood Streets Like Saints - You can always win with flying monkeys.

Colorado Pic Dump - Some shots that I took in Denver.

Awesome Review of Jack Tripper Stole My Dog - Whoever this person is... she rocks! Glad she dug the book.

Twit Links: August and July - Here is a mega-post with links to everything I tweet'd about this summer.


Over at Ocelot Sports, I penned a few things, including a roundtable discussion on NFL win totals and a post about how I was going to fade the Jets...


I also wrote up a couple of reviews of the Phish concerts in Colorado. Check out...


Not to mention, I recorded a bunch of Phish-related podcasts...