Around the Horn: Sci-Fi Seinfeld, Alley Sounds, Didion, Salinger, and Lethem on They Live 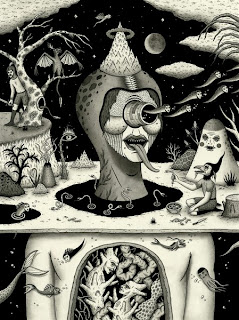 Some of the things I cranked out here...


The Seinfeld Sci-Fi Tangent and Futuristic Grey Overalls - I wondered about something Seinfeld joked about -- what would we wear in the future -- would we all be wearing the same uniform like so many dystopian films suggested?

Salinger - I caught the new documentary on J.D. Salinger. I had mixed feelings about the film that took nine years to make.

Alley Sounds: Persian Purse Dogs, Huts, and Bad Mothers - As someone who works from home, I have no choice but to deal with noisy neighbors.

Joan Didion Knows Her Shit - I wanted to share a must-read interview with the legendary writer, that originally appeared in the Paris Review under their Art of Fiction series when they talk to fiction writers about their craft.

Something I cranked out elsewhere...


NFL Week 3: Fading the Jets and Degen Tales of Ordinary Madness - I'm fading the Jets again, which I intend to do every week this season. [Ocelot Sports]

I listened to some inspiring music...