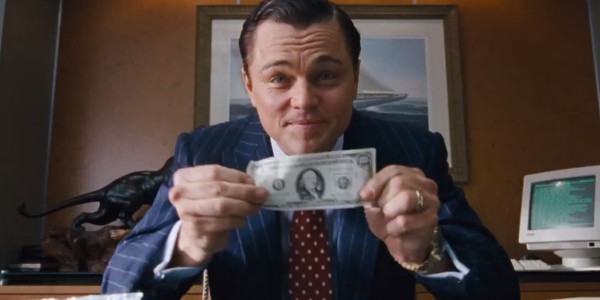 "How the fuck do you give an award for art?"

Jeff Ament said that. Who the hell is that? Jeff was a jock in high school in Montana, almost played college ball, became an art school dropout, took up a shitty job pulling espresso in downtown Seattle, then became most famous for being the guy with funky hats who played bass for Pearl Jam.

How do you give an award for art?

Awards are meaningless unless you win one. Hollywood is one of the only places in the world that counts how many times you almost won an award. Nominations. The Noms are worth more than gold, botox, cocaine in this town.

Not everyone wins, but Noms are currency. It's something you can chisel into the top of your resume. And by chance if you ever win one, you're the cat's balls for a year and get free meals/drinks/drugs/sex before the next batch of winners get announced. Usually, as a winner you have a seven years to do something (e.g. rake in cash for a studio) in this town. And if not, then it's going to be tough to get your calls/emails answered. You might get lucky a decade or more down the line, but only because you won an award for art. And if nothing else ever happens, at least you'll be be referenced when you die.

I was up before dawn. Weird sleep schedule. Weirder dreams. Woke up in a torrential sweat last few nights. Brought two pairs of PJs to bed... one to wear and one to change into when I woke up shivering. I have a feeling I'm running marathons in my dreams, or maybe I'm going swimming on Pluto. Who the fuck knows. Within seconds of waking, all those dreams disappear. I'm sure its somewhere deep inside my brain somewhere, but for whatever reason I can't have instant access. Not that I care these days.

Out by Midnight. Up at 3am. Usually it only takes a few days for my body to readjust ET to PT. But maybe a month away really set things out of whack. I'm up way before the dawn and can't fall back asleep.

I stayed in bed, huddled around Nicky. Hoping I can catch another hour of ZZZZZs. I did somethign stupid... took the phone to bed instead of leaving it in my office. I breezed through the alleys and gutters of Twitter and sportsbetting forums. That didn't help and made me more alert. I didn't want to go the pharmaceutical route because I don't like sleeping pills, especially Ambien, which I haven't used since the infamous marble floor incident in Australia 1. Medical marijuana usually does the trick. Helps me fall back asleep. Not that time.

Up way early. Woke up at 3am and couldn't back fall asleep. Went into my office to read so I wouldn't disturb Nicky because she had to get up and go to work in a few hours.

I watched the Oscar nominations, something I never do but I got pinged by one of my screenwriter friends and he reminded me that nominations were coming at 5:30am. Why so early? It's tradition! Guess that means anyone who associated with the industry stayed up all night or woke up super early. Either way, there was a significant amount of cocaine involved.

I watched a few of the actual films nominated this year. But when did the list get expanded to like 40? I'm exaggerating. Used to be five, now its nine. Why? Noms are worth currency in this town. It's diluting the market. Like printing more money to devalue the currency.

So I caught 4.5 of the nine flicks nominated for best film. Usually I only see one. But I had access to "screeners." Finally the benefitis of dating someone in the entertainment industry paid off. Free movies with watermarks of FOR YOUR CONSIDERATION stamped at random intervals.

I dug Wolf of Wall Street, American Hustle, and Gravity. I was on the fence with HER and never finished Dallas Buyer's Club but it was good enough I want to see the end. I saw the trailers for 12 Years A Slave, the Tom Hanks pirate movie and the tear-jerker with Judi Dench. I heard a ton about Nebraska... it was a film that friends either loved or hated. I'll eventually see all of those except the pirate movie because I can't watch a pirate movie that does not have Johnny Depp or Keira Knightly.

Too bad the Woody Allen movie or Fruitvale Station didn't get nods, but ya know... how do you really give an award for art when there's money and politicking involved?

HER was something that put Nicky to sleep twice. She tried watching it on two instances this week. Okay, I'll let the first incident slide because it was late and she'd been working a lot. But the second time she fell asleep? That's never a good sign.

I liked the subtle dystopian slant of HER. The LA of the future has NO CARS and skyscrapers. That was a little too out-of-bounds for me. Who builds all those tall buildings in a high-seismic region? California is supposed to sink into the ocean someday, right? And an LA without cars? Only in the fucking movies.

As a sci-fi flick, HER had plenty of merit and I found myself intrigued by the concept of the machines becoming sentient beings the most. But unfortunately, it was a chick flick disguised as a sci-fi flick which is why it missed the boat for me. I'd love to read a Philip K. Dick slant on the same story. It would be far more of a mind-fuck and less chick-flicky. Maybe some tech geeks in Mountain View can create a PKD operating system and let it write new short stories and novels in the same voice as the original PKD?

If I could create a bot that could write about poker in my style, then I would have kept Tao of Poker going on forever... and no one would have noticed. I mean, you hear stories about best-selling authors (e.g. James Frey and Tom Clancy) who hired a team of younger writers to generate manuscripts in his style. Sort of like Andy Warhol's factory cranking out pop art for the masses.

Going into HER, I already had a preconceived notion that the film was an apology from the director Spiek Jones to his ex-wife Sofia Coppola. She apparently took Jones behind the shed with Lost in Translation, a film that on the surface was about alienation by the main character played by Scarlett Bobbies, who was over-privileged, over-educated and adrift at sea in confusing Japan. Yet, when you dug deeper, Lost in Translation was an indictment on her failed relationship with Jones which contributed to her over malaise and detachment from the world.

Lost in Translation was a fuck you from Sofia to Spike Jones, and HER was his awkward and apology to Sofia.

The weird thing? They used Scarlett Boobies as the messenger. But then it gets weirder. The original voice of the OS was Samantha Morton, but they added Scarlett Boobie's voice at the last minute to give it more a human feel because Morton was too... robotic.

You know what was missing from HER? Super-Ludes. If everyone took Quualudes, especially the machines, it could have been a funnier movie.
by Pauly at 1/16/2014 04:20:00 PM