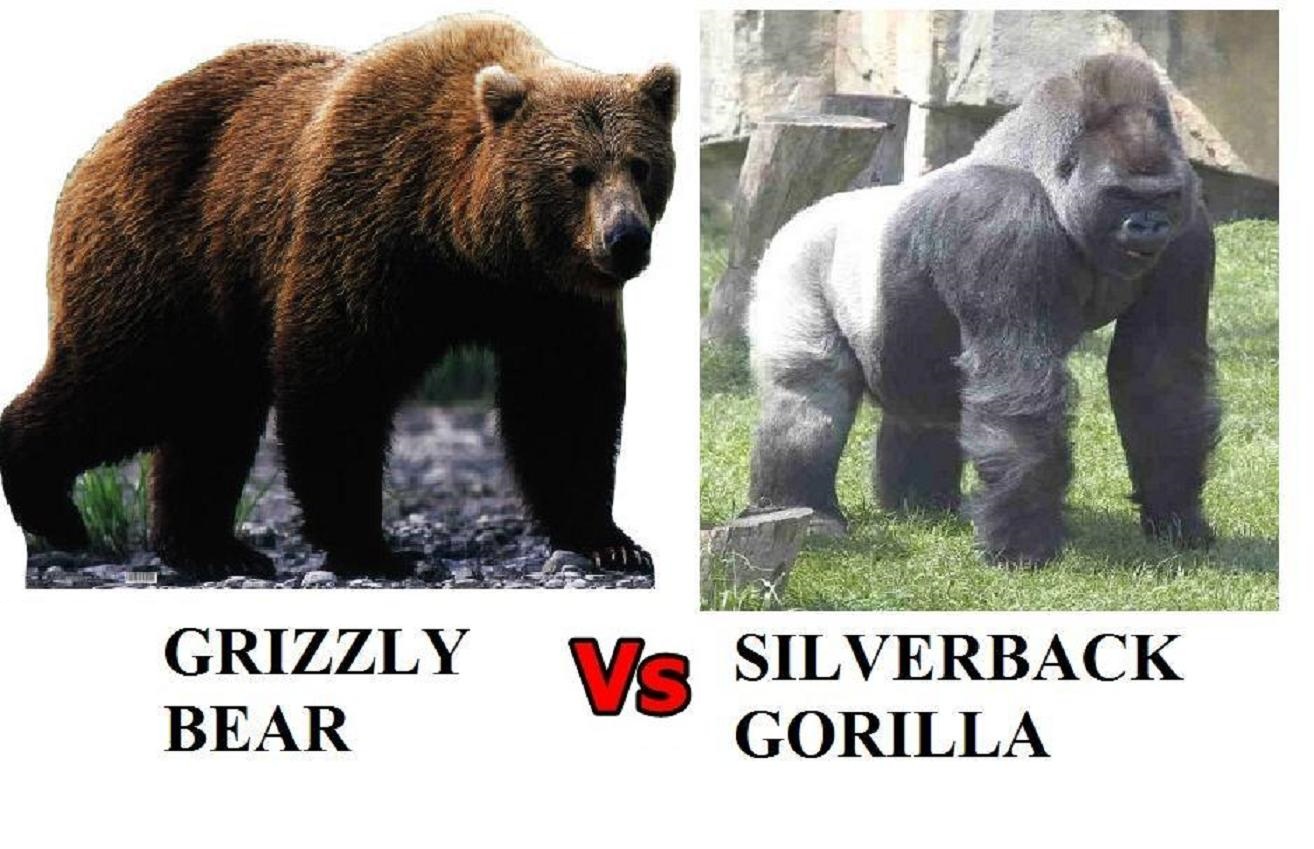 Otis and G-Rob have had a long-standing discussion on who would win a fight... a grizzly bear or silverback gorilla? Both felt very strongly that a grizzly bear would whoop a gorilla because he has "knives as fingers" as Otis put it.

I'm team Gorilla. I'm going with the assumption that intelligence trumps power. If the gorilla can withstand the initial rush and first wave of an assault from the grizzly, then the gorilla will outsmart him. But I also like an underdog. I figured the grizzly was the favorite, but on any given day, a gorilla had a fighting chance.

I was in the minority with Team Gorilla. Most of our friends said Grizzly Bear. I think there's some demand in the public to see this as a real fight. I know I'll draw some serious heat from the PETA people, but it really can't be that hard to arrange a fight between a gorilla and a grizzly bear. I mean, it could have happened before. Maybe a drug cartel lord had a similar discussion with his peers, except they had enough dough (and cojones) to actually make it happen.

I wanted a professional's opinion on the outcome. Who better to weigh in on the potential battle than a Las Vegas bookmaker. I brought the discussion to the attention of Chad Millman, the editor of ESPN Magazine and the host of Behind the Bets podcast. Also on Millman's podcast is Bob Scucci, a renown Las Vegas bookmaker from the Orleans. Scucci gives his assessment of different games from week-to-week. I wanted to hear what a Vegas bookie had to say about the fight, especially Scucci's opinion.

Listen to the 14 minute mark of this episode to hear my question and Scucci's response... Behind the Bets 12/18/13.

And the potential battle between a grizzly bear and gorilla had created such a bizarre discussion among the sportsbetting community that Millman and Scucci kicked off the next episode of Behind the Bets podcast with a second discussion on grizzly vs. gorilla.

Listen to the 2 minute mark of this episode to hear Grizzly Bear vs. Gorilla Reprise... Behind the Bets 12/23/13.

Email ThisBlogThis!Share to TwitterShare to FacebookShare to Pinterest
Tags Gorilla vs. Grizzly, Sportsbetting