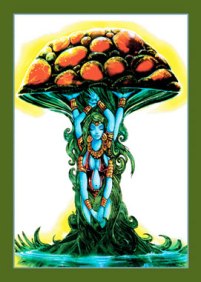 When I first moved to Vegas almost a decade ago, I kept a voice recorder near the bed. Something strange and peculiar was going on when I slept. I assumed it was the over-stimulus from being inside casinos most of the waking hours. I wanted to take detailed notes about the Vegas dreams. I had this fantasy that one day I'd convert a dream into a screenplay and sell it for a few bucks because I felt my subconscious was a funnier writer than me during waking hours. So, I kept a voice recorder. Usually I got nothing out of it. I stopped doing it because everything never made an sense anyway. Like why would I be swimming on Pluto?

Twenty years ago, I kept a pen and notepad on the nightstand. I used it to write down dreams. That was the first time I became curious with the sleeping world. I had a theory that we were time traveling and that dreams were not info dumps, but rather real experiences in the collective consciousness of the universe.

When I first recorded dreams, I didn't have chronic insomnia and slept through most nights. Although, I experienced a sleepless night at least once a week or every ten nights. Had no idea it would get progressively worse as I got older. Today, I typically only get an average night's rest one night a week. That's six nights as a zombie. Anyway, I tried really hard to log good notes about dreams. I'd jot it down on scratch paper than transfer the dreams onto index cards, which I filed away.

Remember the 90s when you actually had to write shit down? I had a Macintosh but my actual dream journal was a small shoebox with stacks of index cards. I started tracking dreams during my last year in college because I wanted to see of my dreams were different on the night after (and ensuing nights) I ingested shrooms or acid. After I graduated and moved back to NYC, my first serious girlfriend was heavily into Egyptian mysticism and dream analysis. Sometimes the two overlapped. Every morning, she loved tearing apart my dreams to find hidden meanings, but all of those symbols came obvious to her. She gave me a few books on  Carl Jung and dream interpretations.

Ah, symbolism. It can mean everything or mean nothing.

I argued that dream symbols were generalizations and you could never really know what skating on a pond with purple ice means different to Wayne Gretzky than it does to me, or some random person in Iowa who had a similar dream. But for shits and giggles, I went along with those loose interpretations. There used to be a nice racket selling dream dictionaries back when people bought books. Now you can just Google it and get a quick assessment of what's going down in your dreamworld.

So in the early-mid 1990s, I actively recorded dream cycles and even attempted lucid dreaming (that's time for another story/post). Most of the time I generated a couple of disjointed rambling sentences. I always tried to pick out a couple of specific details that stood out, but mostly I tried to get as much down as I remember before the dream faded into oblivion. The hard part was remembering all of the dreams. Think about the millions of dreams you had that never recalled? Some people have amazing recall of dreams. Others? Can't remember anything.

One night, I experienced such and insane and vivid dream that I quickly grabbed a pen and tried to write down every detail. I must've taken twenty minutes to get re-tell the dream and everything done. I was so drained from reliving the dream that I rolled over and went back to sleep. When I woke up, I looked over at the notebook. It only had one word.

Sounds like the title to a bad Steven Segal movie. It's so weird that I thought I wrote for a good twenty minutes until my hand cramped up, yet all I had was a one-word note. I looked on the floor to see if I had written it down on paper that fell to the ground or under the bed. Nope. Nothing. I checked the wastebasket in my room and the garbage in the kitchen. Nothing.

Baffled. I either never wrote down the dream. Or the dreammasters dispatched agents to my abode in Park Slope to extract the entry from my dream notes.

Or maybe my dream was that... I awoke from a dream and spent twenty minutes writing it down.

Email ThisBlogThis!Share to TwitterShare to FacebookShare to Pinterest
Tags Dreams