Around the Horn: February 2014 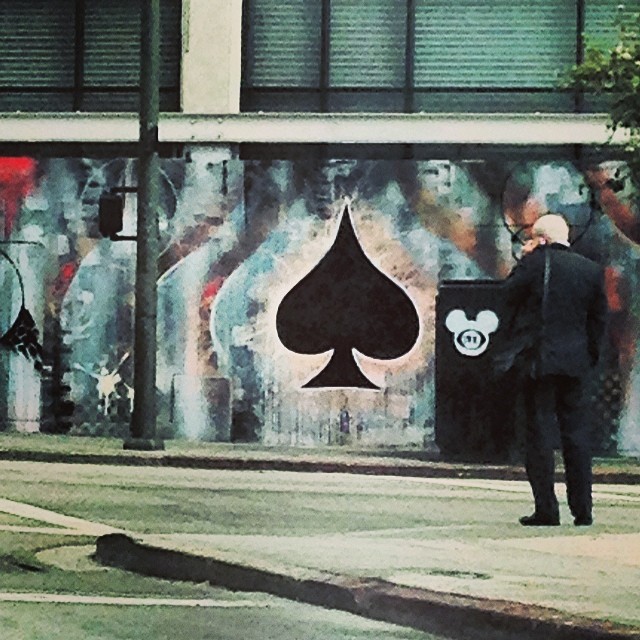 In case you just woke up from a coma, or if you're a monthly visitor, here's an index of everything that I "blogged" about here (and elsewhere, but mostly here).

The highlights from Tao of Pauly over the previous four weeks...


Super Bowl Pick and Other Handicapping Videos - My pal Buffalo66 is a professional sportsbettor. He shares his daily picks by posting daily videos. Here was his initial Super Bowl pick.

Super Bowl Tradition: Where the Buffalo Roam - Bill Murray played Hunter S. Thompson in this 1980 film. It has it's ups and downs (mostly downs), but some scenes are hysterical like the Super Bowl stuff. That's the main reason I re-watch it on the morning of the Super Bowl. It has become a odd tradition of sort.

PSH RIP - Actor Philip Seymour Hoffman passed away on the morning of the Super Bowl from a heroin OD.

Bad H: The How and Why - Disturbing, haunting, yet honest video explanation on how heroin addiction sneaks up on you.

Smooth Grooves and Melted Clocks - It's all about finding a groove.

Debut of Dope Stories Podcast - After five months of planning, Shane and I launched a new podcast about... drugs.

RIP The Fat Guy - One of the coolest bloggers from Texas passed away after a tough battle with cancer.

Those Wacky Cold (War) Olympics - A prelude to this year's winter Olympics held in Sochi, Russia.

Beatles Invade America 1964 - It was 50 years ago today...when the Fab Four touched down at JFK airport.

Inside Dope: Behind the Scenes of Ep 002 [PSH and 90s Heroin Chic]  - I started writing a companion piece for every episode of Dope Stories, sort of sharing the inside dope or letting you behind the scenes of the recording of each episode. This special episode was devoted to the death of Philip Seymour Hoffman

The Initial Dope Stories Playlist - Shane compiled a list of songs we discussed or used during the recording of Dope Stories.

Inside Dope: Behind the Scenes of Ep. 003  - I did not have the chance to attend the L.A. Cannabis Cup, however, Shane and DJ Trent went. Here's the behind the scenes post about the recording of that Dope Stories episode.

Eight  - I celebrate my anniversary with Nicky on February 14th. It's a way to re-claim the over-commercialized aspect of Valentine's Day. And yes, we've been together for eight years. Unreal, right? Oh, and there's some Violent Femmes involved too.

Binge Watching: House of Cards 2.0 - Another season appeared on Netflix. It only took me 36 hours to polish off 13 episodes. Reminded me of the days when I considered a life in politics.

Subscribe to Dope Stories; We're Finally On iTunes...  - Yes, the subject says it all. Get Dope Stories automatically downloaded to your iTunes when it appears every Thursday.

Central Park: Danger at Dusk - A little something about the craziness of Central Park after dark.

Morning Pollution - Some sort of poem. Maybe it's a song? I have no idea. The morning sounds inspired me... and this wrote itself.

Inside Dope: Behind the Scenes of Ep. 004 [Crack 101]    - This was a highly-controversial episode... in which Shane reveals his experiences with crack.

Grandma's MTV  - Ah more 90s nostalgia. I recalled a month in 1994 when I did not have access to cable TV, so I spent every afternoon visiting my grandmother... so I could watch MTV in the background.

Oral History of Grunge  - I never read a 555 page book faster than Everyone Loves Oir Town by Mark Yarm. Yes, it's an oral history of the grunge scene.

Lost Sutro Souls - I spent several months in San Francisco under a pharmaceutical fog. This piece explains one of my daily routines while struggling with addiction to painkillers.

Stanley Kubrick's Boxes - Great mini-doc on the discovery of thousands of boxes on Stanely Kubrick's estate that included oodles of research for his films.

Inside Dope: Behind the Scenes of Ep. 005 [The Oxy Years] - I delved deep into my addiction to prescription opiates.


And here's this month's writing music (mostly in heavy rotation)...


A few longer pieces hat I wrote over at Coventry Music or Ocelot Sports....


Pot Rules:  Four-on-Four and New Stanley Cup Finals Between USA and Canada - A post on a half-baked idea on how to improve the NHL by reducing a player and re-structuring the divisions to create a Canada vs. USA Stanley Cup Finals.

Today in Phishtory: Mango Song and Gateway Drugs - Shocker that one of my favorite albums from college had turned 22 years old.


You should download the Bluff Magazine app. It's free and you can view the current issue of the magazine (whereas you have to wait a month to read print content via the web). Here's my monthly column at Bluff from the last three issues (November 2013, December 2013, and January 2014):


Shaniac Mexico Robusto - Yes, my co-host in Dope Stories went deep in one of the largest online poker tournaments of the year, which he had to play in a hotel room in Mexico.

Rounders: 15 Years Later - Over 15 years since its initial theatrical release, I shared some thoughts on the cult classic poker film (with Matt Damon and Ed Norton).

Behind Jesse May's Novel 'Shut Up and Deal' - It's been almost 20 years since Jesse May wrote his renown poker novel, and I chatted with him about his writing process, some of the characters in the book, and how he captured a specific time and place in the poker world.