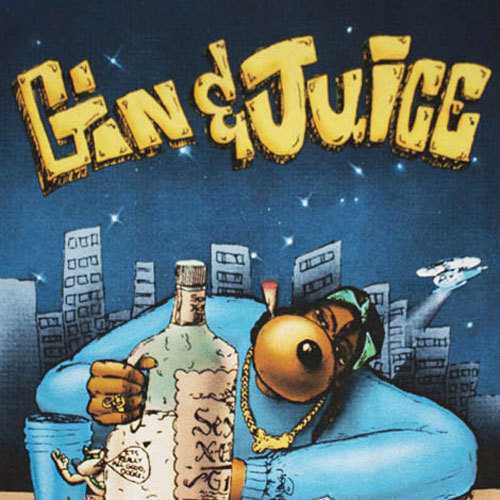 One autumn month in the mid-90s, I stopped by my grandmother's house almost every afternoon for the sole purpose of watching MTV.

She thought I was visiting her and being a nice grandson, but the truth is I wanted to watch a few hours of MTV while eating poundcake. My grandmother had cable in her (red) brownstone, but my mom's apartment did not.

It was an awkward month. I returned home from college and stuck in the middle of a not-so-fun job hunt in the middle of a recession. Weird time before Lewinsky cock-smuggling incident, or even before I had my first AOL email address, and still seven years away from my first cell phone.

I did not know it yet, but I'd soon get a job at the Museum and move out and on with my adult life. But while I waited for the position to open up, I was stuck in that uncomfortable holding pattern as one of those recently-graduated-yet-unemployed-Gen-X-shnooks-living-at-home.

I spent those brisk September mornings making phone calls, mailing out resumes, or taking the subway into Manhattan for those dreadful interviews. By two or three in the afternoon, I'd return home emptied handed without a job or anything to do. What did 20-somethings do pre-internet time-suckage? Magazines, video games and TV. My brother took the video game system to college with him. I had limited options with regular TV, but my grandmother had cable. Full package too. So for two or three hours every week day afternoon, I watched MTV at her house.

It sounds kind of sad, and it was, because I felt like a loser watching Warren G at my grandma's while the rest of my college friends knew what they wanted to do with their lives and most of them had already lined up jobs before graduation, or they were off to law school/med school/B-school/grad school.

My post-grad plans were a huge question mark. I went 0-1 in my grad school hunt. NYU Film School said, no thanks. I did not have a student film to submit with my application (today it would be so easy make one with an iphone and a link to YouTube), but I had a screenplay. It was about an ice cream man who could not sell ice cream on the hottest day in Atlanta. I wanted to be artsy and insisted it be shot in black and white.

I applied to job listings I saw in the NY Times and waited for call backs. In the meantime, I spent my nights watching baseball games and listening to crazy New Yorkers call into all-night sports talk radio shows. If I wasn't worried about getting drug tested, I would have been smoking pot. But I was clean and bored to death.

The highlights of the day? Afternoons zoning out to MTV. The schedule included a couple hours of videos, followed by The Grind, and then The Real World. It was San Francisco. The Puck/Pedro one.

I sorta missed videos, back when MTV actually aired videos. Same time as when Comedy Central only aired comics doing stand-up in front of a brick wall. It's so weird that I can't recall what I had for dinner only three nights ago, but I can vividly recall the videos that MTV played in heavy rotation that month.

Lisa Loeb had the number one song in the nation. Stay from the Reality Bites soundtrack. Her video had a cat and she wandered around in an empty NYC loft in a continuous take. Loeb and those hipster glasses before hipster glasses became hip.

Six months had not yet passed since Kurt Cobain's suicide. MTV loved showing About a Girl by Nirvana during their Unplugged performance. You know the video. The one with Kurt wearing a green grandma sweater.


Aaliyah was getting lots of airplay. John Mellencamp had a duet with Me'Shell Ndegeocello that was a moderate hit. Snoop's classic Gin and Juice was a popular selection. That was also right around the time Sheryl Crow blew up. She had that catchy tune. Great hook. I like a good beer buzz early in the morning.

What a great fucking idea, I thought. I'm going to embrace day drinking. All thanks to an MTV video. I did it all the time in college. Day drinking. Sitting on the porch in the hot Georgia sun with a can of cheapo Old Swill.

The next afternoon after an uneventful interview in Midtown, I loosened my tie and stopped into a local pub. Jimmy's something or other. Dark. Dismal. With a surly Irish bartender and a bright red nose making cheap talk with two alkies older than God rotting away on stools in the corner. I drank the cheapest beer they had. Then bailed. I grabbed a road beer at the bodega. A tall boy. In a paper bag. I felt so grown up. I felt like my old man. I drank the beer on the subway platform. I chugged the last 1/3 when I heard the train-a-coming and felt the wind kick up down the tunnel.