Inside Dope: Behind the Scenes of Ep. 009 [Media Dope]

Anyway, this episode clocked in as the shortest episode thus far, but it's jam packed with diverse topics. It's really three different parts: Dr. Hart Reprise, Dope Media, and Shane's recent score in a poker tournament.

The meat of the episode is a new segment called Dope Media, which we hope will become a weekly segment in which we discuss a two or three drug-related/Dope Stories-centric things that we recently came across. During this media-heavy segment, we briefly discussed... Gus Van Sant's film Drugstore Cowboy, Drugs, Inc. Jamaica, D.T. Max's book on David Foster Wallace, and a rabbit hole of podcasts including Duncan Trussell interview on Marc Maron's WTF pod, followed by Amber Lyon's appearances on Duncan Trussell's show and the Joe Rogan Experience. 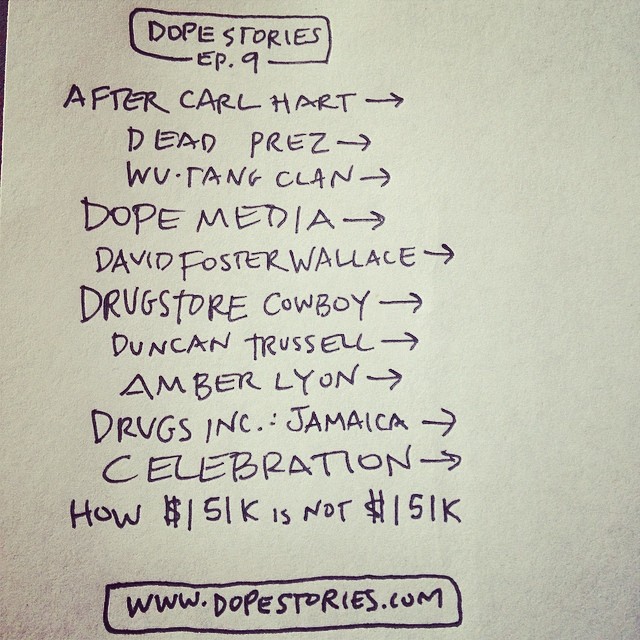