Inside Dope: Behind the Scenes of Ep. 7 [Greg Merson]

Greg Merson is a recovering drug addict who got sober and went on to win the 2012 WSOP Main Event. We were fortunate to chat with Merson for an hour or so. Merson was very honest and forthcoming about how his drug habit affected his poker career. Early on, he could never build his bankroll because he was dipping into his roll to pay for his increasing habit to cocaine. He eventually stopped... but he acquired a nasty penchant for Adderall. He was clean from Addys for a stint before he relapsed with cocaine and pain killers. Merson finally got clean -- for good -- and rebuilt his bankroll after moving to Canada to play online poker (in the wake of Black Friday when the DOJ shut down major online poker sites in America). Several month later, Merson moved to Las Vegas and won two WSOP bracelets including the Main Event championship.

Merson had some great advice for me when I told him I was also struggling to stay clean from prescription opiates. He said, "Think about the one thing you're great at... and you'll be even better when you get clean." Sensational advice. 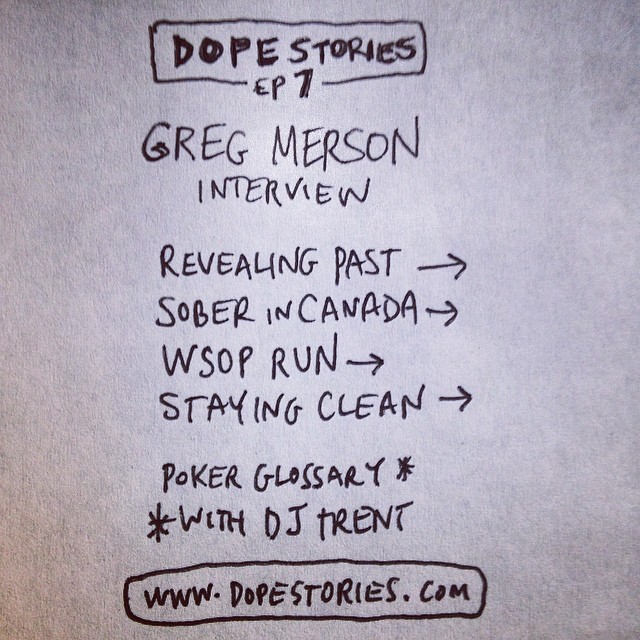