Inside Dope: Behind the Scenes Ep. 11 [Sean Azzariti]

We had a special guest for Episode 11... Sean Azzariti,a  medicinal marijuana advocate and Iraq War vet who returned home with PTSD after two tours.

I'm friends with Sean and have known him for several years. Our mutual friend Jonas from Denver introduced us and we've been chummy ever since. I really didn't get to know the details of Sean's life when we first met, but I eventually learned about his constant battle with PTSD.

Sean struggled after he was given a heavy cocktail of pharmecutical drugs from different shrinks, but he didn't get any better until he started self-medicating with medicinal marijuana. He's since become an  advocate for using MMJ to treat PTSD. It's not listed as one of the approved ailments, but Sean is fighting for a bill that would add PTSD to that list.

Sean was tapped to become the first person to buy recreational weed. It's a great story, which he tells in this recent episode of Dope Stories. We spoke about a lot off different subjects and it was really one of my favorite episodes to date (up there with Dr. Carl Hart).

When Shane approached me to co-host Dope Stories with him, I mentioned Sean Azzariti as a potential guest. I'm so glay we finally got him in. It was really an enlightening chat. 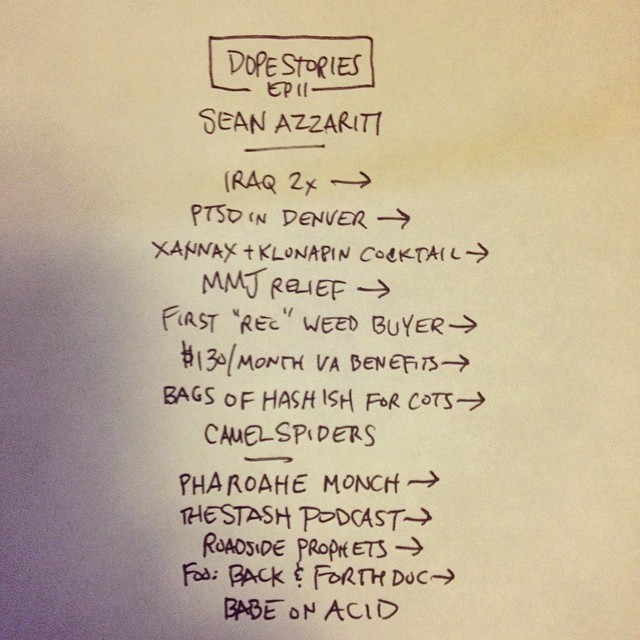