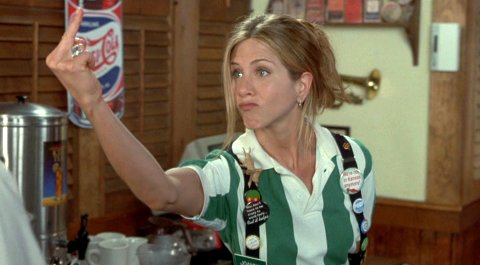 The last couple of weeks of Marc Maron's WTF podcast has featured some stellar guests. Maron interviewed a handful of some of my cultural heroes back in the 90s when I was in college and trying to figure out my future path that would define the journey that my 20s would take me. Maron sat down with some of my favorites... P.T. Anderson, Richard Linklater, and now Mike Judge, most known as the creator of Beavis and Butthead, Office Space, and King of the Hill.

Beavis and Butthead's sophomoric animation arrived on MTV simultaneously as a time I became a daily toker. What a coincidence! I lived in my fraternity house then, which did not have cable TV. I had to ask friends with off campus apartments to tape episodes for me on their VCRs, or I had to hang out at their place and zone out on the couch and wait until episodes popped up on MTV. This was back in the day before cable systems had detailed schedule information, so unless you had an actual TV Guide, you had no clue what was going to be on TV. Plus, MTV's schedule was always shifting and changing from week to week, so you never knew when it was going to be on... so you just left MTV on all day.

There's a lil Beavis and Butthead in all of us, especially children raised solely on TV.  I actually knew guys... bored stoners and TV zombies... who embodied those animated mooks in both physical appearance and in spirit. Mike Judge told some interesting stories about the birth of Beavis and Butthead and his financial dealings with MTV in his interview with Maron.

Listen to Mike Judge on the WTF podcast.