Tweedy at the Ace Hotel 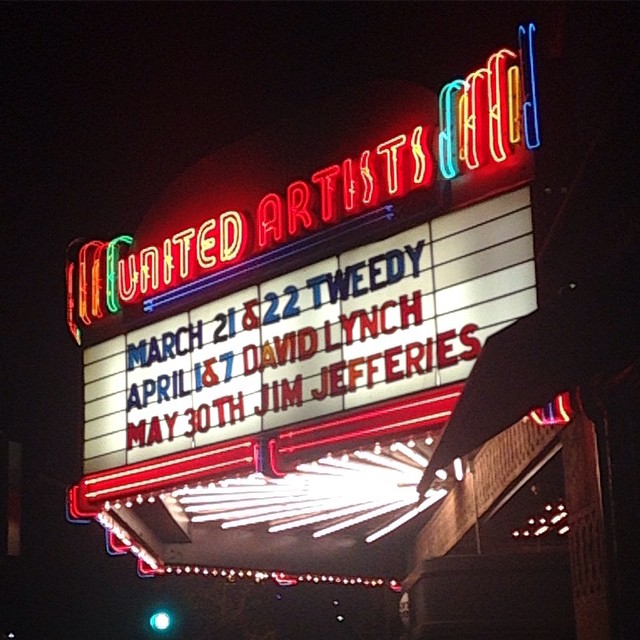 Two things about Jeff Tweedy you can rely upon: 1) ubiquitous surliness, and 2) looking like he woke up hung over in the back seat of his car after a three-day coke bender.

Flashback... lazy afternoon last September at the Lockn festival in Nelson County, Virginia... Wilco's first set... Jeff Tweedy's grumpy mood spewed forth because the distracted crowd gleefully snapped photos of a double rainbow. The short encounter, maybe two or three minutes tops, stirred up enough collective interest by the crowd for a cool instagram pic... but that same minor commotion sent Tweedy off the rails. He lamented on the fact he was upstaged by Mother Nature. If you never saw Wilco before, you'd think, "Wow, what a dick whining about a rainbow." But it was a classic Tweedy moment... using his salty sense of humor during another fearless attempt to confront the audience.

You don't get to where Tweedy is at careerwise without the Big 3: talent, luck, and survival skills. If the drugs/booze don't get ya, the money will. Tweedy kicked painkillers and narrowly escaped getting completely crushed by the massive machinery of the music biz. Sure it sounds cold-blooded, but Tweedy kept Wilco plugging along by kicking out one of his bandmates every few years.

Tweedy's live show process includes a desire to seek out adversity in order to conjure up the best possible performance. Sometimes Tweedy's confrontational style comes off like a fourth-rate comedian when he picks petty fights with the audience. It's an odd way to psych yourself up, but it's part of Tweedy's twisted charm. If the gig was going too smoothly, he'd egg on the audience to create an obstacle to overcome. Tweedy loved the challenge: win over a hostile audience. Most of that behavior stemmed from his earliest days on stage attempting to play punk to heavy metal/classic rock crowds. The audience and Tweedy butted heads whenever his tastes evolved and he wanted to play alt country to punk crowds... or when he performed art rock to the alt country crowd... or the time he ruined all his indie street cred by writing music for car commercials.

Tweedy. Constant flux. Evolving and rebelling from his previous phase.  I caught Uncle Tupelo just before they broke up and Jay Farrar and Jeff Tweedy split off and formed their own bands (Sun Volt and Wilco). UT's onstage tension is what defined them as a live act. Although UT never threw down, you got the sense that Tweedy and Farrar could rumble at any moment. I appreciated the bottled-up angst. I never saw The Replacements, but those gigs were notorious shitshows where everyone got blind-ass drunk and Bob Stinson brawled with someone... his brother, Westerberg, or someone from the audience.

Nicky and I caught Tweedy at the Ace Hotel in downtown LA. The Ace was once the historic United Artists Theatre before it got renovated into a music venue. Tweedy had some stand-up schtick about the Ace. "This is where Shirley Temple had her first period. That's the kind of history shit they tell you in this town." Yes, with oodles of show biz history in L.A. you hear random shit like that all the time.

Tweedy unleashed his surliness moments after he completed the opening number Hazel. Tweedy was pissed that the DJ was still cranking in the lobby, plus most of the front rows were still empty. LA crowds were notoriously fashionably late. "It's like the fucking first quarter of the Lakers game," observed Tweedy. He was right. Most of the crowd was still in the hallway grabbing drinks. They missed the opening song, so Tweedy told them he'd play it again. And the band busted back into Hazel, naturally sprinkled with Tweedy's vitriol.

Tweedy wondered why the crowd sat down instead of standing. He heckled one woman who fell asleep in the front row. I assume she passed out, but Tweedy told the crowd about one of his earliest gigs... at an old folks home... and half the audience fell asleep because they were given their meds before his set. Tweedy's music was mellow, but not that mellow. Apparently, pharmies and chardonnay didn't mix very well with Tweedy's acoustic offerings.

Tweedy gave a group of hipsters guff when they poorly clapped along to Uncle Tupelo's New Madrid. He told them that they were fucking him up and to sit on their hands. The group stopped, except for one lone clapper trying to out-douche Tweedy. 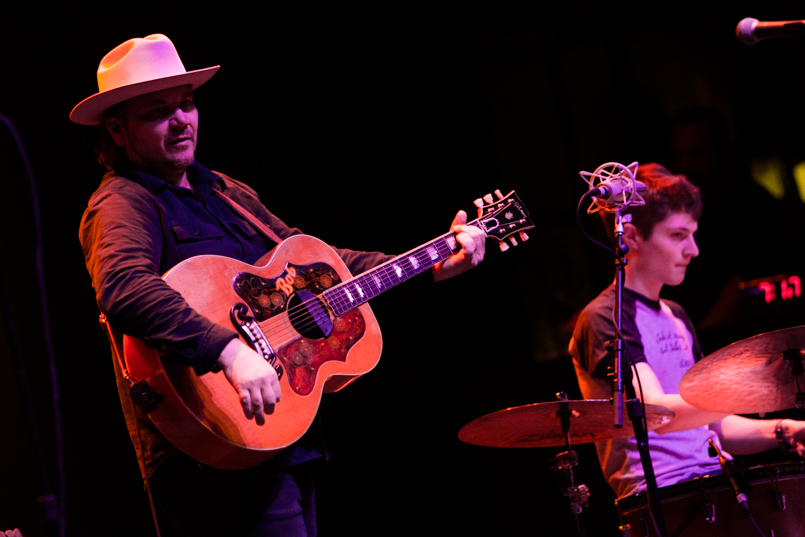 Tweedy played one long set plus an encore. The set was split into Tweedy with his son (and backing band) and Tweedy solo acoustic. The first half of the set featured Tweedy performing a dozen songs off Sukirae with a group of musicians and his son Spencer on drums. The covered a song by Diane Izzo, which Tweedy initially heard off her demo tape. The second half of the set, Tweedy was all by himself and he cranked out Wilco songs and one Uncle Tupelo bustout. During the encore, Spencer and the backing band rejoined Tweedy. They finished the show with covers by John Lennon, Neil Young, and Doug Sahm.

(Solo acoustic): I Am Trying to Break Your Heart, Remember the Mountain Bed, You And I, New Madrid ^, Passenger Side, Whole Love, I'm the Man Who Loves You, Misunderstood, Please Don't Let Me Be So Understood, Only The Lord Knows

Nicky and I nearly lost our mud when one of the drunk-ass girls in our row blurted out in a rapid-fire cocaine-addled cadence, "Misunderstood? Oh-Em-Gee... Misunderstood song is about me. It's all you need to know. Jeff wrote it about me... for me... it's all about me. I am the misunderstood in Misunderstood. My life is all a misunderstanding."
by Pauly at 3/24/2015 04:20:00 PM