Grubby gave away most of his furniture to a Mexican family in the building unit next door. Grubby started throwing out all of his things on Monday morning because he couldn't find anyone to buy them on Craigslist. He set out a bunch of stuff near the dumpster. Five minutes later, an old lady appeared and took the dumbbells. One of the maintenance guys drove by on a golf cart and snagged the exercise bike. A young couple pulled up in a white SUV and took the bookshelf. And a woman and her daughter jumped for joy when they found Grubby's dishes, pots, pans, and silverware sitting in two banker's boxes. 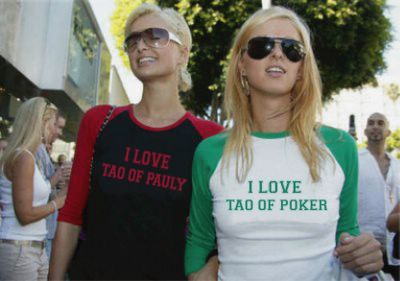 The lady moved her from Mexico with her husband, her brother and her three kids. Grubby asked them if they wanted the couch... for free. All they had to do was take it off his hands. They showed up ten minutes later and took the couch and everything else Grubby was ready to throw out. The weird thing is that they recently moved in and had next to no furniture. Within minutes they had more than 50% of Grubby's furnishings. In a strange twisted way, a Mexican family moved into Grubby's apartment. I wonder what they're going to do with the orange plastic bong and all the casino shampoo?

Grubby left Las Vegas for good on Monday as every casino exec in the Las Vegas Valley shed a tear for the loss of one of their most degenerate and dedicated gamblers. During his two year stint in Las Vegas, from poker to slots to blackjack to buffets and strip clubs, Grubby became a Las Vegas legend as I was fortunate to cross paths and share along in the hijinks. His waking life represented a dreamlike and surreal atmosphere as so many of his readers vicariously lived through his posts that were well written and featured literary moments replicating the winner's high to magnifying the testicle shrinking horrifying losses.

I'm gonna miss him and I'm sad to leave this apartment. Last summer I couldn't wait to get the hell out of my place at the Redneck Riviera. This instance I enjoyed being close enough to the action that I won't miss it if I chose... and far enough away from everything that I forget I'm in Las Vegas.

* * * * *
I spent almost two hours reading email on Tuesday. Most of that was deleting email and answering email. The fuckers keep multiplying and draining my day. If I don't spend an hour a day on email, then it cloggs up for weeks and weeks. I was about a month behind thanks to the WSOP and that's when the volume of email increased 100x. I'm supposed to be relaxing but a lot of my energies have been devoted to cleaning all that crap up. I've spent a good 10 hours in the last week devoted to the email problem.

I want my life back and all the email is killing me. I like hearing from friends and I need email to do plenty of business stuff. But at somepoint I have to figure out how to better manage my time in email mode. I'm a slave to my inbox. I'm gonna spend less time on email and stick to that promise to myself.

I've been reading a poker book that a guy I know wrote. It's been my bathroom book and I read a chapter each morning on the shitter. I have a Philip K. Dick book waiting for me to read once I get home to NYC. Aside from that, I'm gonna reacquaint myself with the characters I created almost four years ago in Jack Tripper Stole My Dog. I'm going to read it at least five times when I'm in LA before I return home to NYC after Labor Day. If I can read it ten times before I start a new draft, I'm positive that will be enough to jolt my memory back on track. I'm 19 days away from starting the new draft and I can't wait to write fiction again.

My buddy Bruce is in town from NYC. I took him to the Tilted Kilt for dinner last night then showed him around the Bellagio especially the Hooker Bar. I drove up and down the Strip crowded with tourists and decided that Las Vegas reminds me a suburban mall with slot machines.

I've been playing a lot of poker the last few days trying to get a couple of decent hours in at the tables before I hit the road. One old guy picked a fight with me and I befriended a tweaker the other night. Just the random freaks you meet at the poker table.