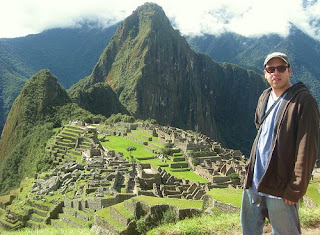 Pauly is a writer, gambler, traveler, and insomniac. He grew up in New York City, but currently lives in Los Angeles, CA.

"Dr. Pauly" is Pauly’s online poker moniker. He’s not a real doctor, but plays one on internet. You can find him on social media platforms as @TaoPauly including Twitter and Instagram. He is also the mastermind behind: @CoventryMusic

Pauly authored a memoir about his experiences as a reporter in Las Vegas titled Lost Vegas: The Redneck Riviera Existentialist Conversations with Strippers, and the World Series of Poker (2010). A French version of Lost Vegas was published in 2011 by Inculte.

Jack Tripper Stole My Dog is Pauly's debut novel, which was published in 2011. It is a raunchy story about a Russian cab driver from Brooklyn.

Fried Peaches is his second novel that was released in 2018. It is a rock-n-roll novel about a guitar player from a one-hit winder 90s grunge band playing with an emo Indie rock band in the mid-2010s with musicians half his age.

Guard This is Pauly's third novel and most recent release, which is available as an ebook in 2021. A print version is due in Spring 2022. Guard This depicts New York City's art community during the last vestiges of gritty Gotham in the 1990s.

You can buy all of Pauly’s books via Amazon. 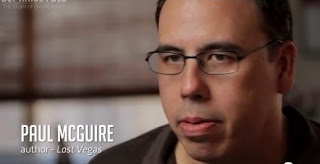 Pauly is a freelance writer specializing in sportsbetting, music, poker, television, sports, and pop culture. He also covered poker tournaments in over a dozen different countries. Shoot him an email if you're interested in hiring him for freelance work.

Here is a master list of short stories that Pauly wrote for Truckin’ literary blog from 2002-2011.