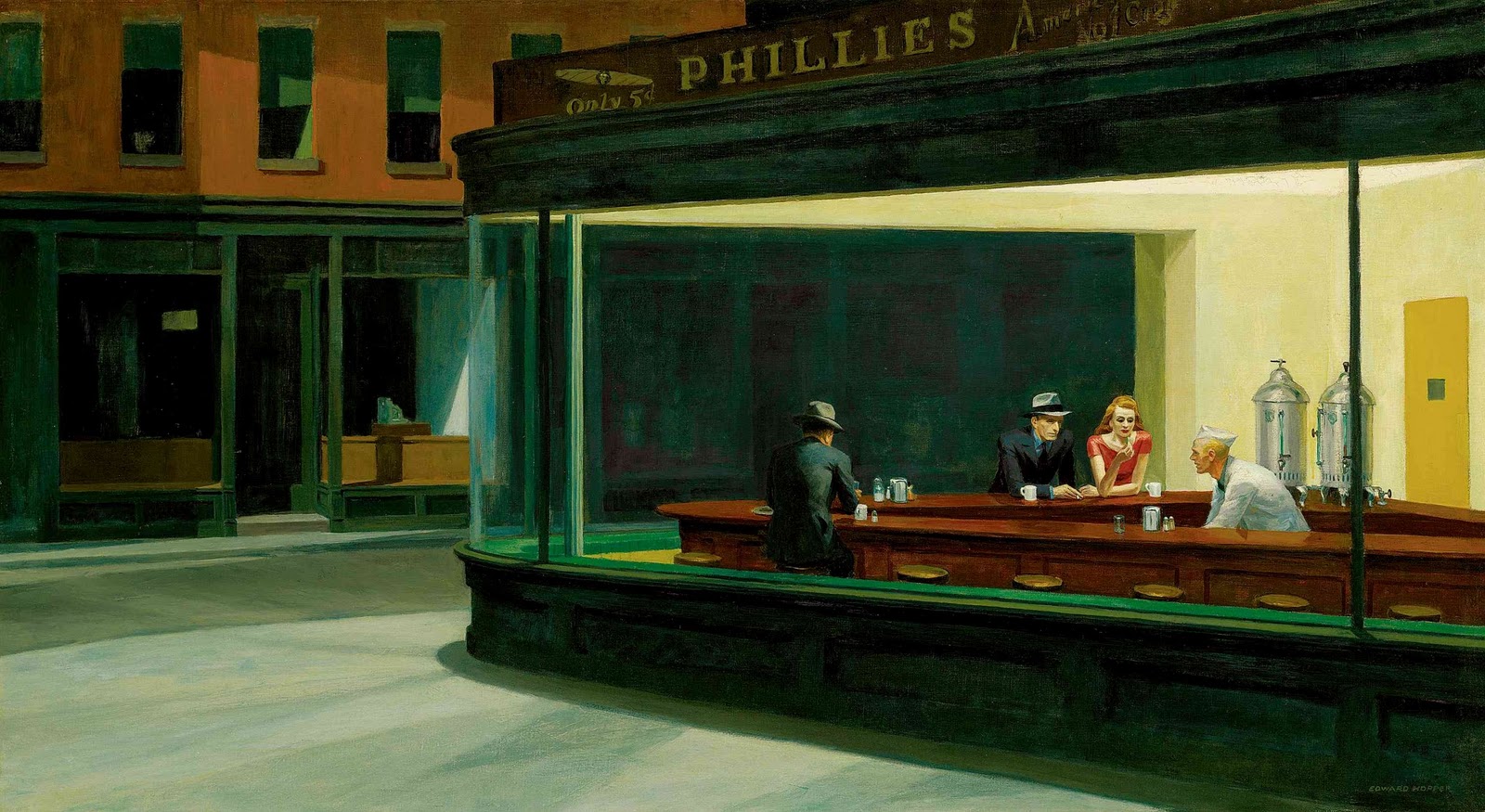 All I wanted was a cheeseburger.

I incited a near riot in the kitchen. I mean, it really wasn't my fault per se, but I sort of put them over the edge. There's always tension between the front of the house and the kitchen staff. Doesn't matter if it's a greasy spoon diner or a Michelin star restaurant in Paris. But I showed up for breakfast at the wrong time. The kitchen staff had been feuding all morning and the waitstaff were having their own issues with all the fuck ups in the back. So it was a problem that had been festering all morning. It just so happened I was the schmuck who knocked over the bees nest.

That was the million dollar question. I could have gone either way. Nicky opted for breakfast and got one of the diner's original specials. It originally opened in the late 1930s in a part of town called Little Havana. It was a throwback for sure to the late 1970s with movie posters on the walls... a mix of spaghetti westerns and the Godfather franchise.

I ordered the lunch. A burger named after the original owner. It was supposedly a bigger burger than usual, but it's a diner... and how can a diner fuck up a simple burger?

If our waitress was a car, she was closing in on 220K miles. She had the face like a catcher's glove. Her hair was blonde, obvious dyed because her white roots were clearly visible. She looked like she could have been a real looker three ex-husbands ago and back was JFK was still president. But in the Obama years, she's humping a morning shift on New Year's Day slinging hash to a bunch of hungover tourists with more cash in their pockets that she'll make in 5 months.

"Our waitress must be snorting Xanax in the back," I joked with Nicky when she was unable to complete more than one task at a time. Like she forgot to take our order, then didn't know what kind of toast to bring Nicky (who ordered wheat with butter, and she brought out cold, dry white). The couple next to us arrived ten minutes after us and got their order fairly quickly. The Xannied-up waitress was complaining about the cooks. They were all Haitians in the back, but the only line cook who spoke English was not working that day, so there was a huge communication gap. When our food never appeared by the 30 minute mark when the owner, a feisty Cuban woman in her 50s, checked up on our situation. She was visibly irked and embarrassed when screams were spilling out from the kitchen. Like loud as fuck, you better call the cops because someone is gonna die loud. The Xannied  waitress told me that they were short on staff so the cook brought in his wife to help out on the line, but those too were bickering all morning like most married couples do, but their home issues spilled over into the workplace, so it was a total shitshow in the back with a husband and wife at each others throats during the morning rush.

Cubans and Haitians don't like each other. Never did. Some of those century-long feuds spilled over onto the streets of Miami, where both cultures frequently clash. And there was a serious class war going on as well... well-to-do Cubans living the American dream while the Haitians were humping a min-wage job. The proletariat vs. the bourgeois.

I was in the middle of a class war, and a domestic dispute, and clashing of economic policies. And all I wanted was a spicy cheeseburger.

We finally got our meal a good fifty minutes after we order (or at least forty minutes later than everyone else). The Xannied waitress brought Nicky a second batch of toast. It was warm, but no butter and it was white. I got my spicy jumbo burger but I inspected it closely for saliva or blood droplets. With my luck one of them spit in my burger or some blood spilled onto my plate when the line cooks shanked each other. I gobbled down my burger, paid the bill (minus a 20$ discount from the owner), and rushed out of there before someone got their face slashed.