"If you don't want to get famous for drawing circles... then don't draw circles." - Trey Anastasio

I've spent the majority of the past 20 days avoiding poker even though I played it, wrote about it, made money through it, blogged about it, and even whored it. But for the most part, I was completely sick of poker. There was no specific reason. I started to spin out of control because I was completely lost inside. I couldn't escape from poker because everywhere I turned it was there and everywhere. I even hailed a taxi the other day and saw a Party Poker ad on the friggin' cab. I had one of those existentialist moments like, "How the fuck did I get here?"

My poker writing career has taken off especially in the print realm (I wrote the cover story for the current issue of Poker Player Newspaper and I have an article in the most recent issue of Poker Pro magazine). All of my poker and writing projects are flourishing. I've been running well at the tables. And some of the strongest friendships that I have today have been cultivated through poker. So why the hell did I have a bad taste in my mouth and a disdain for the game, concept, and notion of poker?

Too much of anything is a bad thing. That's the moral of this story. Stay fresh and take frequent breaks. Moderation is always the key to a healthy life.

My schedule through the end of the summer of 2006 is jam packed with poker. So I desperately needed a break to catch my breath. To throw out a sports analogy, this is halftime. Luckily Vegoose was scheduled just about the time I was headed for a nervous breakdown and ended up disappearing from my blogs for five weeks and resurfacing in brothel in Calcutta with a maxed out credit card, a poorly treated stab wound, and an unidentified STD.

Yeah, thank God for music and Vegoose. In many respects I'm more passionate about music than poker. I'm a failed rock star. When I was 18, I wanted to be the next Duane Allman or Jerry Garcia. In college I followed the Grateful Dead all over the country for 46 concerts. That's when I first experienced my love for the road and traveling from one city and town to the next. Without music I never would have seen America. And there's something invigorating about being 20 years-old, having $17 and a bag of mushrooms in your pocket, and hitching a ride to Florida from Bumblefuck, Alabama with a bunch of whacked out hippies from a Rainbow colony in Oregon, in order to see The Dead one last time before I had to get back to school for my Southern Politics final exam. 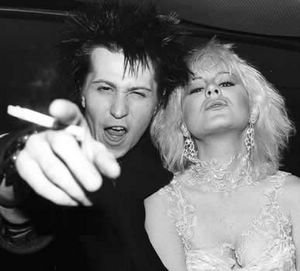 Following bands around on tour gave me the rare chance to combine two passions: traveling and music. Since college, I've made a half a dozen trips to New Orleans for Jazzfest and I also racked up 151 Phish shows (including 7 in Las Vegas, 6 epic shows in Japan, 2 in Canada, and 1 in Idaho), almost 100 Widespread Panic shows, and at least 50 or so Galactic concerts (almost 20 in New Orleans). In the last three weeks, I have been on a music binge and it's been sensational (Beck, Flaming Lips, Widespread Panic, Galactic, G'ovt Mule, Ween, and Trey Anastasio Band). I rediscovered a sincere passion of mine, especially seeing live music. I also reconnected with friends of mine who are also heavy into the music scene.

Right now, being a tournament reporter has afforded me the opportunity to combine traveling and poker. And everytime I get off a plane in a different city, I remind myself how lucky I am to get to do what I do. In a few hours I'm hitting the road again to drive up to Foxwoods casino to cover the World Poker Finals and catch another WPT final table. I needed a break away from myself for a few days to get perspective and to realize once again that I'm one of the lucky ones.

It seemed that just when I thought I was drawing dead I caught a one outer, and now I've been pushed the biggest pot of my life. I had to take a step away to see that.

During my mini-break I watched a lot of sports with Derek... football, hockey, and basketball. One of our favorite things to do together is watch our favorite NYC sports teams. Too bad the Knicks suck horribly right now but at least the Rangers are winning. And the Jets? The Jets are still the Jets.

I also spent some time rekindling a relationship with everyone's favorite malcontent elevator button heiress who has fled riot-torn France. As the peasants have siezed control of Paris and are currently beheading the royal family, she quietly settled back into the big city. We've always been on-and-off and trying our best to avoid defining our status. Our mutual friends will tell you it's certainly one of the weirdest relationships they've seen. It's not quite Sid & Nancy but somedays it comes close.

Nancy: I hate my fuckin' life.
Sid: This is just a rough patch. Things'll be much better when we get to America, I promise.
Nancy: We're in America. We've been here a week. New York is in America, you fuck.

I've always liked her more than I ever let on (I have a good poker/relationship face) and when she pressed me about it I did the typical male thing and acted like an aloof tough guy. Most recently we had an intense discussion about the future of us. Some of you knew that I was thinking about moving to Las Vegas in early 2006. I've been mulling over that decision for several weeks. Now that Briana is back in New York, there's that added extra incentive to stick around here in NYC.

"McFucker, you can't move to Vegas," she pleaded. "It will kill you."

The line from Peewee's Big Adventure came to mind, "I'm a loner Dottie, a rebel." As soon as I uttered it she began to cry. Crocodile tears too.

Was she bluffing? Was she being overly dramatic? Was she being honest? She didn't quite issue an ultimatum, but it was close. All I kept thinking was, "Could you have picked a worse time to have this talk? Especially because I think I've fallen in love with a lesbian."

It was like being in the early rounds of a tournament and someone putting you all in for your entire stack while you hold a good, but not great hand. Do you muck and return to fight another time? Or do you take your chances and try to double up?

And before anyone thinks I'm a total asshole, which I admittedly am, I'm not saying Briana is a good hand. She's a great hand. She's pocket Aces all the way. But if any of you saw me in Wil Wheaton's tournament on Thursday, you know how horribly I play A-A.

Anyway, there's no set time for me to make a decision. Right now I have work in addition to a book to finish. Those are my two highest priorities. In esscense, the decision has already been made. Just because a hot blonde waltzes back into my life doesn't mean I'm gonna throw away everything I worked hard to accomplish as a writer during the past decade and more specifically this past year. It's going to take a ton of time and emotional energy to make everything work out between us. I don't think I'm capable or willing to devote either.

Lucky for me I'm off to Foxwoods where I can escape from this newly added drama. Now that I am back from my much needed break and having a tough time with my personal life, I feel ready for a huge poker binge again. I got my head on straight and I'm ready to head back to work and have tons of fun with poker. I'm skilled at blocking things out and for the next week I can jump into poker and writing. Plus I get to spend time with Senor and his wife in Rhode Island (where I'll be commuting to/from Foxwoods) and hang out with my "nephew" who just turned two. I promised to take him to Friendly's for a birthday sundae.