Take a peek at this article from Rolling Stone called 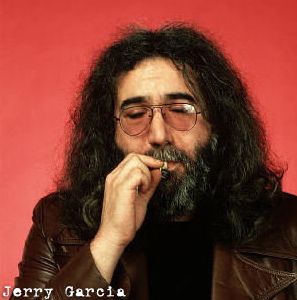 Deadheads Boycott The Dead. Modeski clued me in on it earlier today. Sounds like a bunch of bullshit to me. But here's the jist:

Grateful Dead fans, perhaps rock's most dedicated bunch, are taking a stand against the band they love. Until recently, Deadheads could download countless live recordings of the band for free from third-party sites, including the popular Live Music Archive (archive.org), which once hosted nearly 3,000 Grateful Dead shows. All of the downloads were pulled last week at the request of Grateful Dead Merchandising (GDM), the group that handles official products for the band and is overseen by its surviving members.

Deadheads have answered in protest. In an online petition, fans have pledged to boycott GDM -- including CDs and concert tickets -- until the decision is reversed. (The band itself broke up in the wake of leader Jerry Garcia's 1995 death, but in recent years guitarist Bob Weir, bassist Phil Lesh and drummers Mickey Hart and Bill Kreutzmann have toured simply as "the Dead.")

GDM recently began selling live music downloads through its online store. The sudden lockdown could be a simple non-compete strike, or it could foreshadow a long-rumored deal with iTunes that will make the entire Grateful Dead live vault available for purchase.

Fans were incensed that the policy change applies not only to official soundboards but audience recordings as well. Throughout their four-decade career, the Grateful Dead actively encouraged fans to trade live recordings and even designated a special "taper's section" at the concerts. In return, Deadheads largely respected the band's wishes that the concert recordings weren't sold for profit... More