I was stoned when I visited my grandmother the other day. She was watching Bewitched on TV Land. I'm shocked she wasn't watching celebrity poker.

I had a quick hit and run at the tables on Party Poker yesterday morning. I cannot describe what it feels like to book a win in an hour that's roughly the same amount of what some people make slinging Lattes at Starbucks for 3 days a week. And all that poker took place before most of you woke up today!

I watched Meet the Press yesterday while playing poker. They were talking about the MLB steroid scandal and Washington's attempt to play cop in that issue. Smells like a hug diversion tactic to me. There are hundreds of other more important issues we should be worried about. Fuck Jose Canseco. He's a four dollar whore who's broke and has a new book to pimp. If he kept his mouth shut, we'd all feel a lot better about America's favorite past time. Mark McGwire and the rest of the goon squad needs to track Canseco down, fill his head with bad acid, then strip him naked, tie him to a tree in the Appalachians somewhere... and let a couple of crooked-eye, moonshine-drinking hunters make him "squeal like a pig."

Here's some "no-duh" statements that every parent should tell their kids.

1. Major league athletes use performance enhancing drugs. The NHL, MLB, and NFL have been handing out speed and pain killers for years.

2. Most of your favorite actors and actresses had plastic and cosmetic surgery at one point.

No wonder why the majority of our youngsters are a group of image conscious hipsters with lacking originality, depth, intelligence, and panache. Bring back Clyde Frazier, Mickey Mantle, and Joe Namath. Those guys had heart and class. 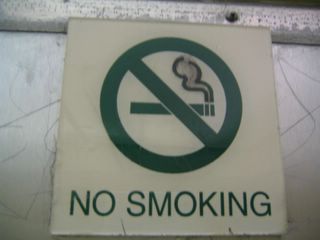