This has been my new favorite site. The title tells it all. ChicksnBreasts. 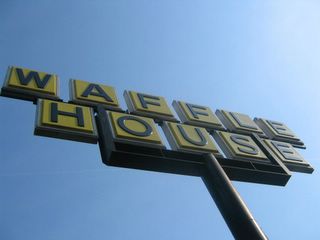 You gotta read the Neil Young interview in Rolling Stone. My favorite line came from Neil after the interviewer told him he sounded fucked up on a certain album:

Patrick Swayze: Next Big Rapper is funny on several levels. He's been using "rap rhythms as an emotional undercurrent for ballads." Discuss.

Phish is now offer video downloads at Livephish.com. They have a special promotion and you can download a free video of Auld Lang Syne > Weekapaug from NYE at MSG 1995.

What happens in Vegas stays in Vegas? Parents leave kids home alone and went to party it up in Vegas for the weekend. They were arrested as soon as they got home.

By the way, Las Vegas was ranked the second fattest city in America. When I lived there, I put on 15 pounds. It's too hot to exercise and with all the buffets, it's hard to keep a slim figure. Welcome to Fat City, USA.

The kind people of Cincinnati bring "cornhole" to US troops overseas.

Man sues Waffle House for refusing to serve him milk. I miss waffles at 3am.

Beware of the Book Police! Man returned late library book... 68 years overdue. I wonder if it was Henry Miller?