Almost On the Road: 16 Flights Later

In a very unceremonial and lonely moment, I completed the first draft my Las Vegas book on Saturday morning shortly after sunrise. I printed it up and read the last part over the weekend. The book is almost 180K words, which makes it at least 4x bigger than any other book I wrote. I humbly put it aside on a shelf with all my other manuscripts and screenplays in an old blue milk crate that I stole in college. I won't be sending it off to a developmental editor. It's simply not good enough and it needs a thorough re-write. At least three other of my books are more worthy of being published. The Las Vegas book fell short of the mark because I didn't have enough time to write it. Three weeks? I needed a year to write a kick ass book. Time is something I don't have and cannot afford to buy until September. Maybe then I can find the time to write the second draft.

For now, the Las Vegas manuscript is going to sit in the crate for a few months, untouched by anyone's eyes. I know I promised a lot of you sneak peeks when I was done, but it's not ready for public consumption. The project has been shelved for now as I gear up for new projects and the mother of all assignments... the World Series of Poker this summer.

I'm about to head out on the road for six weeks. That's the longest stint for me since heading to Vegas for three months last summer. This most recent trip to LA was supposed to be two weeks, which I extended nine days. And that was a long time to be on the road. I have to double that amount... and split time between two cities; LA and Las Vegas.

I'm excited to spend time with Senor during our yearly trip to Las Vegas. A long time ago, way before the blogs existed and before I was employed to write about poker, I used to take two trips a year to Las Vegas; in December with my brother to gamble on pro football and in March with Senor to gamble on college basketball. It's been a tradition the last several years and I start bubbling over with excitement on March 1st because I know within a few weeks, I'd be headed to Las Vegas for a wild four day bender in Las Vegas with Senor.

I'm also excited to head back to LA for a bit. I firmly believe I can find work in that town. And if that doesn't pan out, the sunshine and great weed is always a nice consolation prize. It was snowing yesterday morning here in NYC and light flurries again in late afternoon. It's been too cold for my tastes and I'm longing to feel the warm sun on my face. I also have a random chance to partake in a "once-in-a-lifetime" opportunity next Saturday. More details to come.... 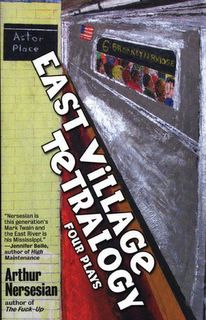 I have three deadlines looming before I go to Las Vegas. I'm done with one piece and have two to go. One is just 600 words and the other is around 1600-1700 words. I'm hoping to crank those out in the next 24 hours along with publishing the next issue of Truckin'. The March issue has a theme... LA Stories. It also features some of your favorite LA bloggers.

I've been trying to read as much as I can part of a personal crusade of my own to strengthen my mind by feeding it literature. Reading too many blogs is terrible for my vocabulary. My work is filled with millions of grammatical errors and spelling mistakes. But blogging is not writing. There are some good writers out there who have blogs, but for the best of the best, you can't top books as the best available literary medium. Of course, once the college basketball tournament started, I've been glued in front of my laptop and watching 12 hours of basketball a day. So all reading has been put on hold.

I have a stack of magazines to read through before I leave on Wednesday. Some of them are issues of the magazine I write for, others are alumni magazines from college and high school. And a few are random clothing and computer catalogues that will get tossed aside with the rest of the junk mail. I'm getting a heavy stream of credit card applications. I have awful credit and ever since I paid off my credit card last summer, I'm technically credit card debt free (aside from one or two old accounts that are in dispute between me and The Man) and the greedy banks and credit companies are lining up to get my business. I'm a known credit risk, yet I still get invitations to abuse the system. When will they learn?

The last book I read was Tipping Point by Malcolm Gladwell. I actually read parts of it when I was first sent a copy a year or so ago. I finally re-read those bits and finished the whole thing. I admit that I skimmed parts, because at some point what he's saying is redundant. But overall he makes some remarkable assertions about people and somehow explains what ties Bernie Goetz, Paul Revere, and outbreak of syphllis in Baltimore and the Ya-ya Sisterhood all together. The guy knows his shit. And I can read his books in a day, maybe two tops.

I have a few other books to read such as East Village Tetralogy, which is Arthur Nersesian's book of four plays about New York City. I've been a fan of Nersisian's for years starting with The Fuck Up. I also tried to adapt Dogrun as a screenplay but that project was too overwhelming. Adapting books to screenplays is a tedious and horrendous task. I'm more comfortable writing screenplays from scratch.

I told Senor about #3 as my goal for Jodd's 6th birthday where I'm gonna write a children's book in an attempt to diversify my writing ability. I can write on a blog. I've proven that I can write novels. I currently earn a living writing for magazines and newspapers. I'm going to find out if I can write for TV, film, theatre, and for children. I know that facty offered to give me some tips! I guess I'm also looking for a new category to tackle. I'm getting bored with writing about poker and any other topic seems interesting at this point. Besides, I like a good challenge and I'm trying to add depth to my writing ability. It's not good enough for me to be considered a good writer. I'm looking to maximize my ability and be good in all areas of writing. If I'm like a utility infielder in baseball, I'll always have a job. Finding work as a writer is the most difficult and stressful thing in the life of a writer. Writing is the easy part. Having to stay sane during menial assignments is where the true talent lies.

I also got sent a copy of Hollywood by Charles Bukowski, where he recants the back stories about getting the movie Bar Fly made.

The OC sucked last week. I missed it because I went to play in a poker game at the Blue Parrot instead. I'm glad that Ryan dumped Marissa. She's the uber-psycho chick. I know that Showcase is dating a chick from The OC and she too is super crazy. What's the deal with the drinking water in The OC that breads hysterical and promiscuious BMW driving residents?

I watched a couple of random DVDs in the past week. I finally saw Domino which was based on the life of a real bounty hunter from LA called Domino Harvey. The lovely Keira Knightley played Domino and I got to see her nipples. It was worth the bad editing and horrible camera work. There's a scene where everyone was supposed to be tripping on mescaline. However, since the entire movie resembled a mescaline trip, that effects of the drug were not properly presented. Now I understand why that flick got awful reviews. It sucked. But Mickey Rourke is always good in whatever he does and Keira Knightley can sit on my face any day of the week and three times on Sunday.

I also picked up the latest DVD/concert documentary from Traffic called The Last Great Traffic Jam. It came with a with bonus track CD that featured an acoustic vesion of three songs. Jerry Garcia makes a cameo in the DVD for Dear Mr. Fantasy. What a rush! I got to catch a glimpse of Jerry shortly before his death. It included full performances of several hit Traffic songs such as:

I'm a big fan of Medicated Goo and I watched Jerry Garcia on Dear Mr. Fantasy like six times already. Catching a glimpse of Jerry makes me miss him even more.

By the way, fellow blogger Raspberry Sundae mentioned me in a post last week. I suggested a question and she happily answered. Thanks Sweetie!

Before I go for the day, I guess I should address my gambling problem. Sure society did not care that I was an action junkie when I worked on Wall Street and traded bonds and swapped stocks down in the trenches. You have to be a sadist to want to log those insane hours being a broker or you have a desire and hard-on for money. I loved the rush and the thrill and the excitement of gambling with other people's money. These days, all the money I gamble with is my own. And I took a bath this weekend. I lost a substantial amount of money in the last four days. It's as much as some of you make in a week and I pissed it away on a few basketball games. In my defense, it was an unpredictable year. I had made money in the past on Wall Street and betting on sporting events solely by wagering on the future. This year the games were tough and several favorites lost. What can I do? I lost most of my "sports betting" bankroll after I built it up thanks to the Pittsburgh Steelers run in the NFL playoffs. I hope that I can save face in Las Vegas and try to break even.

Regardless. Gambling is a horrible disease and I'll never find a cure. Pot helps.

* * * * *
Before I go, here's one last picture just to keep things interesting on a Monday morning. Everyone loves Swedish girls kissing! I could look at these photos for several hours on end and let my imagination run wild. 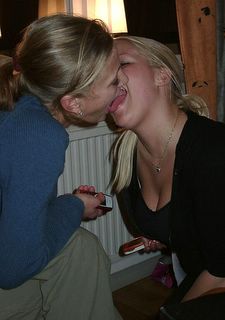