Jaywalking in the Old Neighborhood

I finished an article about 6 hours before this morning's deadline. I worked on it for about six hours straight on Sunday afternoon and for another hour late last night. It's almost 5K words. That's more than 3x as much as I usually write. Although I get paid by the word at my highest rate for this particular publication, there's a max payout, so I'm not going to get any more than normal. My only hope is for the rare bonus. I've gotten those a couple of times, but never for that particular magazine.

I also got offered up a regular column for one media outlet I had done freelance for. It pays much less than my current rate, but they only want 600 words twice a month. I'm gonna do it anyway. And yes, I have to write about poker. 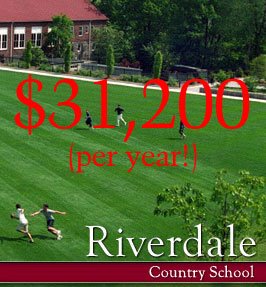 Someday someone is going to pay me to write about something other than poker. I eagerly await that day.

For now, I'm fortunate that I make a comfortable living writing about poker. It could be much worse and I could still be pitching pharmie stocks on the Street and have to wear a tie everyday and have to deal with a dipshit boss who I'm a thousand times smarter than.

Ah, I got my jaywalking ticket in the mail. $114! Fucktards. Bastards. $114? You can see a scanned copy of it here. I'm just gonna pay it especiallybecause I expect to go back to LA in a few weeks. Like I said before, jaywalking was the least illegal thing I did when I was in LA. $114? That sucks goose testicles. LA county is infested with child molestors, rapists, murderers and people who are doing all kinds of human smuggling, and that's just in Beverly Hills. They could have let me go and used that time to go break up a ring of Thai sex slaves run out of the back of a dry cleaners in Glendale.

I worked on the Las Vegas book for a little bit today. I spent the late afternoon playing online poker and then went food shopping. I cooked dinner for me and my brother, some Italian food. Those spicy sausages rocked. I even made my own sauce. Needed more garlic I thought.

Take a peek at this blurb from Gothamist: Riverdale Country Day School is the most expensive private school in NYC. My father thought about sending me to Horace Mann, but I got a scholarship to an all boys Jesuit school in Manhattan and I wanted to go to school in the city. I'm glad I did instead of going to some tight-ass prep school in my neighborhood.

I strolled down the heart of Riverdale down aptly named Riverdale Avenue this afternoon. There were like a half a dozen construction projects going on as new buildings were popping up during the recent housing boom in my old neighborhood. Because it's an excellent school district, plenty of yuppies with kids have been trickling in. It's still part of the city but on the fringe of the burbs so you have the best of both worlds. I noticed that plenty of random 20-somethings have been moving in as well. All the hipsters and trendoids drove up the rents in all the cooler neighborhoods and the kids without trust funds or generous parents had to look for cheap housing. I guess $1400 for a studio is cheap compared to the outrageous rents in Manhattan. Growing up, my neighborhood was dominated by Irish and Jewish families. Over the years it fluctuated and more ethnic groups moved in. First it was a wave of black and Asian families, then Hispanics and Russians. These days, it's just like NYC... a mix of all kinds.

I bumped into someone I knew during my walk along Riverdale Avenue. Milla came out of the flower shop with her twins. It had been a while since we last saw each other because her kids were running around. The last time I saw her she was pregnant and the size of a school bus. She couldn't talk for too long. Thank God because she had the little ones to attend to. I got caught up in what Larry David called "The Stop & Chat." It happens more in NYC than LA or any other city, especially since everyone walks around in New York. I couldn't tell if she knew I had a blog. If someone from my past doesn't bring it up, I assume they don't know and rather keep it that way.

Anyway, I chatted for a few minutes. Mentioned about my trip to LA and my upcoming trip to Las Vegas next week. Milla had that look in her eye that's he wished she could go with me, even just for a day.

I headed to the post office which was packed during lunch hour and I kicked myself in the junk because that was a rookie move on my part. Never go to the bank or post office in NYC during lunch hour. With only one window open, the line snaked around the small room. It was hot as hell in there too and I sweated profusely as I stood in line.

To determine how long I was going to wait I counted everyone in front of me and I multiplied by 3 minutes. That's the conservative estimate for post offices. During holiday season I'd add an extra minute. There were four people in front of me. I figured 12 minutes. I settled into "stuck in a line" mode and figured out what I had to do the rest of the day. An old Jewish lady got right behind me as the line quickly tripled in size. The old lady already started complaining.

"Why is there only one window open? It's so hot in here. Why don't they turn on the AC?"

I ignored her as I waited for an Irish guy at the window to finish up his transaction. He was obviously sending two packages home and he had to fill out the extra paper work that the post office required post 9-11 for all overseas packages. The old lady grew more bothersome. I don't mind waiting in line. What I can't stand is being stuck with impatient people. They test my patience.

"Why is this taking so long?" she moaned trying to illicit sympathy from anyone.

I refused to acknowledge her. A young woman with a stroller bought stamps next. She was quick. We were back on schedule until a large black guy waddled over to the window with a huge package wrapped in brown paper and about forty CDs wrapped in white packaging. He was a DJ sending a piece of equipment back somewhere and he was also submitting demos to different clubs all over the world. I could hear the post office worker call out the countries he was mailing his grooves to.

He took at least eight or nine minutes while he engaged the postal work in idle chit chat as she frantically stamped all of his packages. I dunno what made the old lady behind me more angry; the fact that the guy and the postal worker were both black and having a polite conversation or that she had to wait in line a few minutes longer.

"All right. Can we go a little faster please?" she nearly screamed. "The blacks are always so slow."

Everyone heard her. Especially the postal worker who all of a sudden slowed down her pace. That's when I snapped. Everything was going fine until the old lady bitched.

"What's your problem? There's twenty people waiting patiently in line and you know what were all thinking? 'I wish that old lady would shut the fuck up.' Waiting in line sucks as is, you're making it worse."

"You have no manners," she screamed at me.

She looked like she was going to throw a punch. She turned around to complain at the nurse standing behind her.

The old lady pushed me aside me and walked up to the window as the DJ paid his tab.

"That man harassed me. I want you to call the police."

I should have kept my mouth shut and started to regret what I said. That's when one of the guys standing in line said, "What's your problem ma'am?"

It was one of NY's finest. The cop was waiting in line with the rest of us. And he was black. As she went over to complain, an old man in front of me with a NY Mets hat on walked up to the window. He had to send something through registered mail. Then it was my turn. I quickly got postage for my taxes and apologized to the postal worker for snapping at the old lady. She laughed it off. You really have to have a good sense of humor and a Buddhist attitude if you are going to collect a check as a postal worker.