On the Corner by Miles Davis (Writing Music)

Here's something raw and funky that got airplay almost every morning over the past week. Miles Davis gave me a swift kick in the ass every morning and helped put me in the proper writing mood during the home stretch of a project.

Supposedly, in 1972 Miles Davis was doing a ton of blow during the recording of the album, On the Corner. I mean, a shit-ton. He had kicked heroin many years before but he needed something to help him self-medicate after fracturing two ankles in a nasty car accident.

"Your pope got shot."

I was shagging fly balls in the outfield of Seton Park, fifteen minutes before baseball practice began. It was a sunny day in May. One of my teammates jumped out his mom's car and sprinted toward the dugout. That's when he called out to me.

"Your pope got shot!"

News of the John Paul II's assassination attempt is a memory that still stands out. I was the only Catholic on a team of mostly Jewish kids. They attended the public school across the street and I went to the tiny Catholic school a few blocks from my apartment.

John Paul I was the pope for a month before he died. Suspiciously. The new pope wanted to honor his predecessor so he took on John Paul II. He was a pope for a short stint before someone took a crack at him. His assassin was a bad shot and John Paul II survived.

In a short period of time during my childhood, spanning 157 days or roughly five months from December 8, 1980 to 13 May, 1981, three of the most powerful men in the world were targeted for assassination. In that brief span... the pope, the President, and John Lennon were all shot. Two survived. The Beatle died. 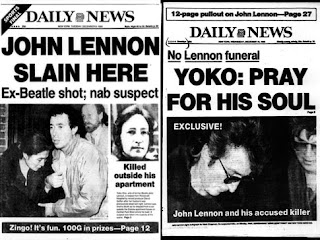 Lennon was gunned down in front of his apartment building, 18 subway stops away, or roughly 160 blocks from where I grew up. I don't have a solid memory of that incident other than waking up to go to school on a Tuesday morning and watching the news of Lennon's death on a tiny black and white TV that hung over the dining room table. My mother usually watched Good Morning, America while we got ready for school. That morning, it was full-blown coverage of John Lennon's death.

I was at Judo practice when John Hinkley took a shot at Ronald Reagan. I got home and my father was sitting on the couch with my brother and they were watching the news footage.

"Someone tried to kill the President," said my father."He's in surgery. Sloppy hit  job. Shooter was a total amatuer. A pro would have taken him out with one clean shot."

Five weeks later, someone tried to pick off the Pope. As an eight-year old kid, I got a general sense that powerful and highly-famous men were high-profile targets. Then again, I grew up in NYC in the late 70s and survived the paranoia of the Summer of Sam and the darkness of a decaying city. For that entire summer, whenever I heard sirens, I really thought that meant the cops were chasing Son of Sam serial killer. To me, Gotham was not a fictitious city in Batman comics, rather Gotham was a term that described the ugliness of the crime-ridden 70s, where the lines of good and evil were blurred so badly that you had no idea how to differentiate moral from immoral. The mafia and local wise guys were supposed to be bad, but they kept our neighborhood safe. Cops were supposed to protect the citizens, but the local cops were overwhelmed by soaring crimes and the streets of the Bronx were flooded with drugs (mostly heroin courtesy of Frank Lucas, see American Gangster for more clarification). The city was ravished by scandals in the police department, that was infested with crooked and corrupt, so you really did not know who to trust.

Thirty years later, we live in a society in which you don't need brute violence to put forth an agenda. You no longer need a bullet to take a man down. I have witnessed plenty of character assassination attempts almost on a daily basis. Sports. Politics. Hollywood. Wall Street. It's across the board. Everyone has vices, weaknesses and life leaks. But if you can nail someone in the middle of a nefarious act (possession of drugs, child pronorgprahy, or hookers... lots of hookers), then that's enough to sway public opinion. Everyone loves the diversion of a good scandal. Like a car wreck on the freeway, you're horrified, yet cannot look away.

Another example, is what happened to the former governor of New York, Elliot Spitzer. He rose to power as a hard-nosed District Attorney in NYC who had the balls to take on the Gambino crime family. As Attorney General, he went after Big Biz, both in the insurance industry and the biggest banks on Wall Street. Had this been the old days, Spitzer woulda got whacked. But in the modern era, he was taken down by his weakness for high-end hookers and a well-timed leak of his vices to the press. Spitzer pissed off the mob, yet they didn't exact revenge. Their power was waning, and it would have been too obvious. My theory is that one of those banksters dropped on a dime on Spitzer. He was about to poke his nose into the derivatives market at the pinnacle of the financial collapse of 2007-08, but he got ran out of office before he could go down that rabbit hole.

Julius Ceasar was knifed to death by his peers. They had blood on their hands. The banksters didn't need a gun to take down Spitzer, the media became the bullet that took him out. Their hands are clean and no one is asking questions about who exactly dropped a dime on him. Spitzer resigned and he became the punchline to numerous jokes on the late night talk show circuit. Mission accomplished without firing a gun.

I've been wasting my morning watching real-time live footage of CBS's coverage of the JFK assassination 50 years ago to this day. As someone who worked in media, I'm curious to see how this information was released to the public. It was an era in which you only had three networks, radio, and newspapers to acquire info on current events. Those whom had TVs were glued to them for the days following the shooting in Dallas.

I used to be obsessed with finding out who really killed the President, especially after Oliver Stone's JFK was released. I saw it in the theatres a couple of times when I was in college. Afterwards, the film got heavy airplay via VCR.

One of the earliest memories of my initial foray into "surfing" the internet for me was sifting through film forums and reading amazing theories about Blade Runner, and then losing endless hours after getting sucked into conspiracy forums that focused solely on JFK's assassination.

But now, the "who" doesn't matter to me as much as what would have happened to popular culture and music/film/literature if JFK wasn't killed and he had two full terms, perhaps followed up by RFK as the President in 1968. Would we have still gone into Vietnam? Would there have been just a sharp rise in counter culture, which was spurred on by the anti-war movement. Would have there been a summer of love? Would the Beatles and the British Invasion have made the same impact if JFK lived?

I have shifted from a JFK amatuer conspiracy theorists into someone who constantly ponders the potential effects of his assassination by shaping the rest of the decade, along with influencing art and popular culture.

I wasn't born before JFK and RFK were killed. I listened to the Rolling Stones a lot. A lyric from Sympathy for the Devil always stuck out. It's been bothering me for over twenty years.


I shouted out, 'Who killed the Kennedys?
After all, it was you and me

According to Mick Jagger, it doesn't matter who killed JFK and his brother because we're all complicit in one way or another. The machine killed the Kennedys. We're a part of the machine. That's some heavy shit that I haven't been able to shake for several decades.

Welcome back to my photo blog. I've been doing everything possible not to write here, but on the flip side it feels refreshing to have a pretty decent camera on my new mobile device so I've taken more photos in the last month than the last year.

Here are a few things I snapped in the last few weeks... 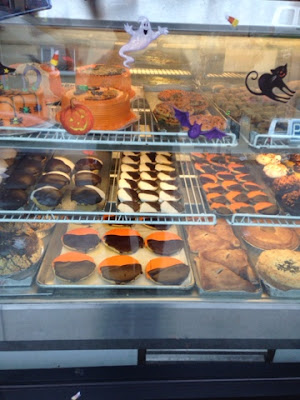 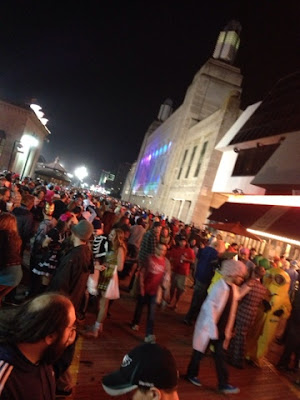 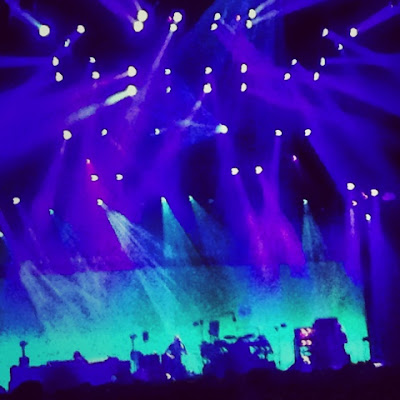 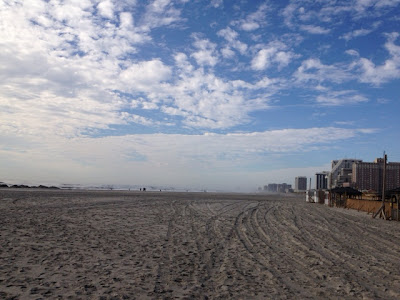 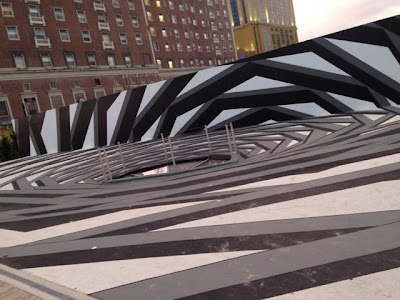 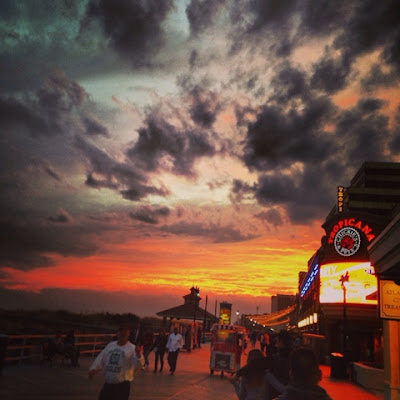 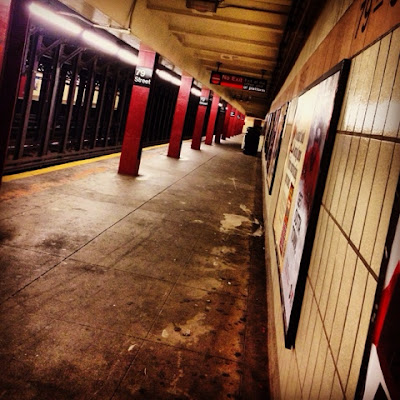 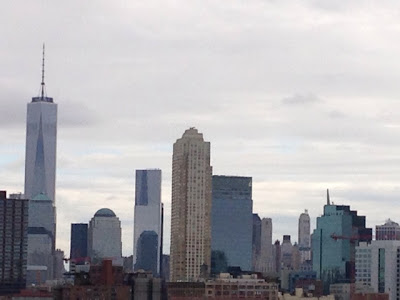 The first pic and the last two are from NYC. The other ones were taken in Atlantic City.

Email ThisBlogThis!Share to TwitterShare to FacebookShare to Pinterest
Tags NYC, On the Road, Pic Dump