RIP Nimoy and In Search Of...

Leonard Nimoy passed away today. Spock. Everyone knows that iconic role, but I remember Nimoy differently. I was not a Trekkie as a kid. Sure, I watched the original show because it was always on one of the local NY stations (I vaguely recall it being on channel 9 or channel 11), but I was more of a Star Wars kid after I got indoctrinated into that sci-fi cult.

When I think of Nimoy, his voice that comes to mind. He was the narrator and host of In Search Of.... Truly ahead of its time. Sort of a documentary-style program that explored the greatest mysteries of the world like... Big Foot, the Bermuda Triangle, who built the pyramids, and UFOs. It's weird but super cool that my father let me watch that semi-controversial when I was only 6-7 years old. Then again, my father allowed my brother and myself to watch Benny Hill... despite the boobies and crude humor.

In 2015, In Search Of... would be considered conspiracy fodder  similar to Ancient Aliens. Then again, what the fuck is Ancient Aliens doing on the HISTORY CHANNEL?  Anyway, ensuing discussions about episodes of In Search Of... showed me that curiosity is a good thing and that I should always question the official story if I have issues with the authenticity of said story. If you ever wondered about the origins of the Tao of Fear, you have to credit Nimoy and In Search Of... The seeds of doubt were planted early by my father.

I was hooked on In Search Of... from the get-go. Here's one of the first episodes I saw, which spurred a fascination about the lost city of Atlantis and all things mysterious...

Email ThisBlogThis!Share to TwitterShare to FacebookShare to Pinterest
Tags In Search Of, Spock, Tao of Fear 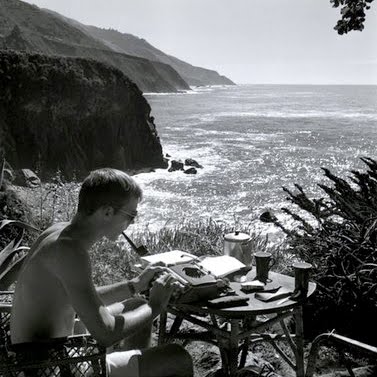 I've been to over a thousand live concerts, which is probably why my hearing is not so great these days. I visited hundreds of music venues, both indoor and outdoor, and music is shaped by the space where you hear it. David Byrne from the Talking Heads gave a great lecture on how architecture shaped how music evolved. 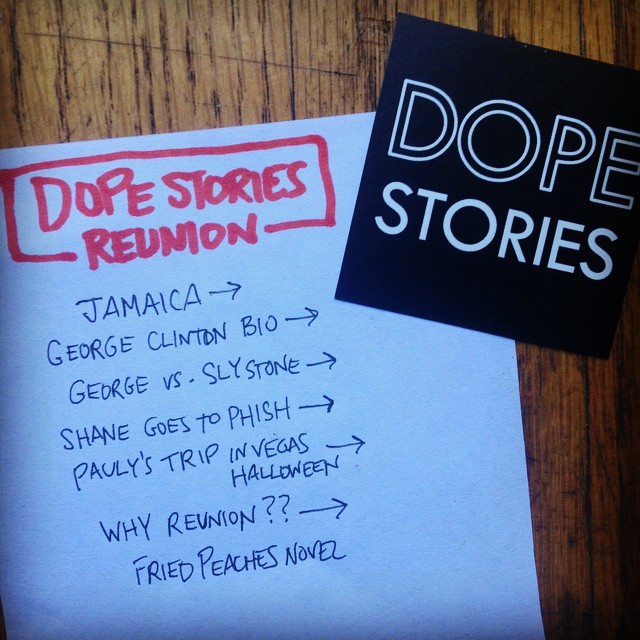 I always overlooked this album and follow up to one of my favorite Beck albums Midnite Vultures, but I recently found out the origins of this album... Beck wrote many of these songs after he was dumped by his long-time girlfriend.


And yeah, it's weird that Beck won a Grammy last night for best rock album. I liken it to him winning a lifetime achievement award for his entire body of work. Kinda like when Steely Dan won a Grammy by beating out Radiohead's Kid A. The Grammy people handed over an award to Walter Becker/Donald Fagen not for the album they were nominated... but more for their entire body of work and the fact they overlooked Aja and their first two albums.
by Pauly at 2/09/2015 04:20:00 PM No comments:

Good, but atypical (music) documentary film. Radiohead circa 1997-98. Film on the road during worldwide tours to promote OK Computer.

Open the Mind, Expand the Wallet

Can LSD make you a billionaire? I love click bait with a psychedelic edge. Open the mind, and expand the wallet.

Email ThisBlogThis!Share to TwitterShare to FacebookShare to Pinterest
Tags LSD

Thanks to Shaniac for tipping me off to this full concert video of George Clinton and Parliament Funkadelic from 1978... 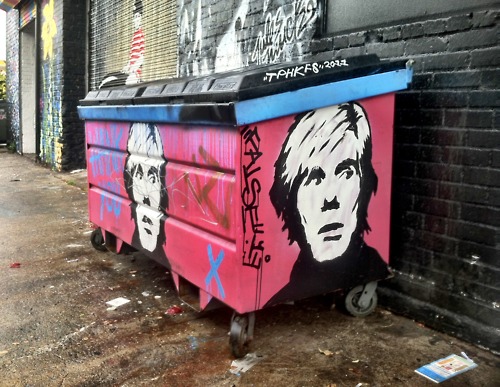 Quick writing burst before a walk. But not to grab breakfast. The coffeeshop is closed this week to give their staff a much-needed vacation. I took an unusual walk this morning. Using the alleys. If you are a fan of cinema, Southern California is strewn with alleys. One f the greatest foot chasing of all times is an alley-centric adrenaline rush in Point Break.

I know the majority of the homeless folks in my neighborhood. A daily flow of dumpster divers and can fairies pass through the alley. I do my own alley wandering and know the hassle-free spots where the local homeless prefer to hole up during the night or during really hot days. On rainy nights some of them hole up at the 24-hour fast food joint. Usually the manager is cool and let's them hang out so long as they don't bother and random walk-ins... but then again, a couple of harmless street people seeking warmth and dry place to sit seems to be a lot easier to deal with than the crazies who walk into a Jack in the Box at 4am...crocked out, tweaked up, stoned of their minds, or liquored up.

When I'm at the coffeeshop at the crack of dawn, you get to see the last remnants of the night people trying to scurry off and become invisible before the normal folks wake up...you have to keep up appearances, especially in a city that is constructed solely on fabricated images. If a bum if passed out in the alley in the middle of the night... well, that's socially acceptable because that's out of sight. But camping out is frowned upon during the day, with women and children and tourists out and about, so you need to keep up pristine appearances and maintain property values, which means keeping the homeless folks at a distance...but they slip through the cracks. Usually hiding underneath the behemoth freeway system.

There's one guy who wears a dress. I dunno if that's his thing or if it's comfortable, or what. But he has a winter coat over a dress and over-sized work boots. He always sports a hat and a bushy beard. I see him a couple of times a week, always early in the mornings. He probably crashes in the alley behind one of the auto body shops, where a small group of other invisibles spent their evenings before they split up and hit up their "day spots"to hide out or their "jobs" (panhandling, collecting cans) or wandering throughout the adjacent neighborhoods scavenging during the day.

Most of the invisibles are night people... by habit... its a survival thing. The crazies come out at night, so it's less likely they get robbed during the day time... so long as they find a spot to crash and hide out. It's hard to find a good day spot that no one else knows about...usually alleys and doorways of empty stores, or underneath the entangled spaghetti-like freeways.

Then there's the lady with the blanket who talks to herself and steals sugar packets from the outside tables at the coffeeshop. Her usual post-midnight crash spot is in front of a hipster furniture store. There's a spot near entrance where it's perfect spot to curl up and sleep... and that's where I will often find her early mornings. Sullen image. Something like a melancholic Frank Rich photo... juxtaposition of a homeless person sleeping in front of a slightly lit, modern design furniture store.

Skirt Guy once offered to sell me a fax machine. I had seen the shell of 80s-90s technology the day before a couple of streets away. Someone finally threw it out and left it on the curb near the base of a palm tree along with a broken folding chair. I presume he snatched up the fax and thought he could clean it up and fence it for a few bucks. He set the starting price at $37. I assumed he would settle on $20-25... but started high to have some negotiating room. I told him no way. Faxes were out of style. Technology killed the fax. He'd be lucky to get $1 for gutting the insides and finding some random piece of circuitry.

I gave him some free consulting advice, "Tell people that the fax belonged to David Geffen. No one cares about faxes, but everyone wants a piece of celebrity memorabilia."

"Who the hell is David Guffin?" Skirt Guy asked.